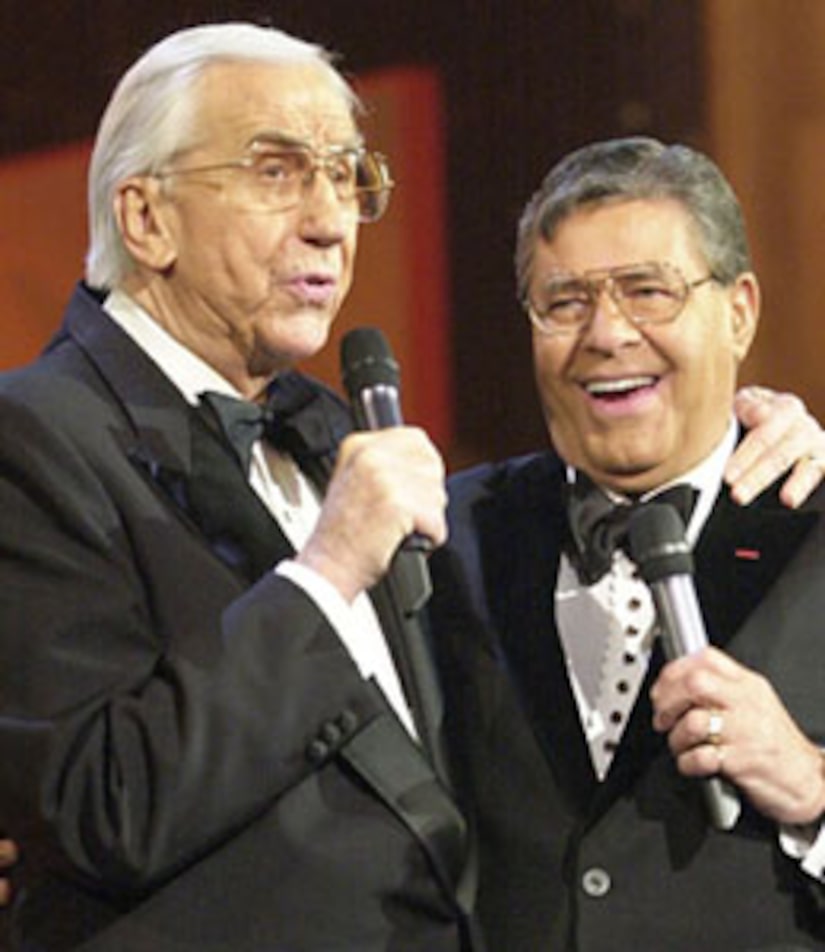 Actor, comedian and MDA Telethon host Jerry Lewis has issued a statement about the death of his close friend and telethon co-anchor, Ed McMahon.

Lewis says, "Ed was a dear, dear friend. We were always making jokes, cracking each other up. He cared deeply about people with neuromuscular diseases. On the Telethon, he was my right-hand man -- it's hard to imagine doing the show without him."

Jerry added, "Ed also performed many services for MDA behind the scenes. Of the thousands of celebrities who've helped 'my kids' during the last 50-plus years, none has given more, and given more gladly, than Ed McMahon.

McMahon's final appearance on the Telethon was in September 2008.

Funnyman Don Rickles also released a statement to "Extra," saying, "Ed McMahon was a friend from the day I first walked on a stage on the 'Johnny Carson Show' and sat down between Johnny and Ed. That kind of fun will never be repeated. Ed was the best at what he did and will never be replaced. Another giant is gone."

Comedian David Brenner said of Ed, "I substitute hosted for Johnny Carson seventy-five times and sitting to my right was Ed McMahon, the best sidekick TV has even known. He was flawless. He was a human GPS navigational system - guiding you in all the right directions, keeping you from going off course, rerouting you when you did and making all of it great fun."