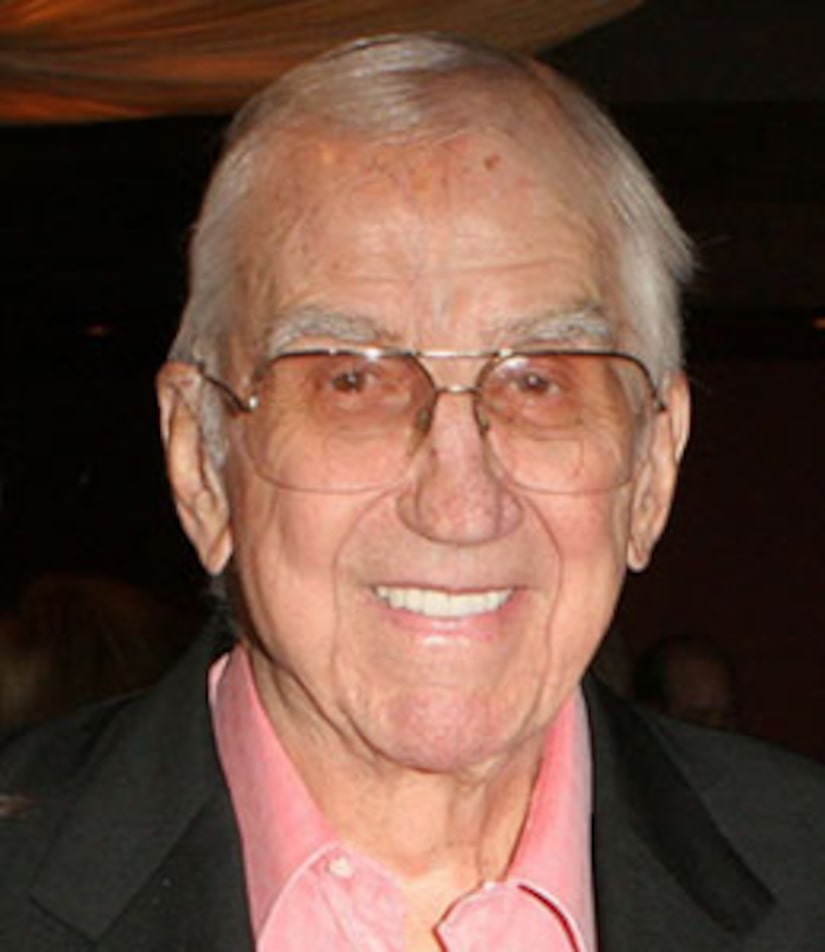 Johnny Carson sidekick and TV pitchman Ed McMahon died early this morning at the Ronald Reagan UCLA Medical Center after a battle with bone cancer and pneumonia. He was 86.

McMahon was a fixture on television for over forty years, not only as Carson's announcer, but as the host of the talent show "Star Search," and as co-host of the annual Jerry Lewis Telethon. He was also a spokesman for numerous products and services, including American Family Publishers, which had Ed show up at homes with giant checks for winners.

His recent years were fodder for tabloids after McMahon faced foreclosure on his Beverly Hills home, mold problems in the home, a broken neck suffered in a fall, and various financial and legal problems related to those matters.

McMahon served as a fighter pilot with the U.S. Marines in World War II.

He is survived by his wife Pamela, and five of his six children.