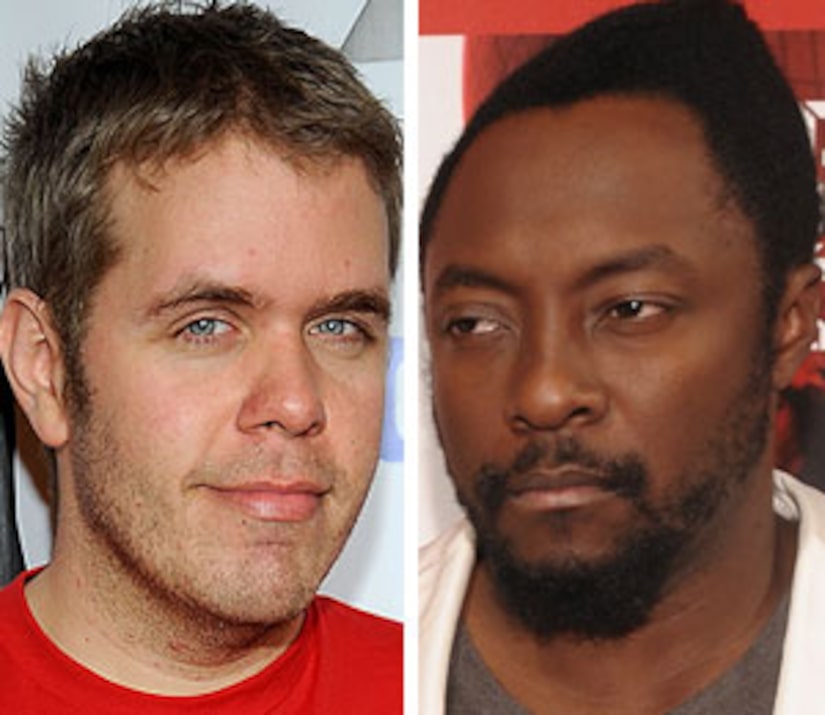 A teary-eyed Perez posted a video blog about the alleged incident, claiming that Will.I.Am and Fergie confronted him outside a Toronto nightclub, upset that Perez insulted Fergie's looks and ripped their new CD. After a verbal altercation, Hilton claims that he was sucker punched by Molina. "Clocks me in the eye! Right here!!"

In his own video blog, the Black Eyed Peas frontman confirms that he and Perez exchanged choice words because the blogger had insulted Fergie, but maintains that it was a fan who attacked Hilton, saying, "...and then one of the fans gets all crazy. And they, like, start some stuff with Perez Hilton."

Perez blasted back at Will.I.Am, who he claims is being dishonest about who threw the punch. "It was not a random fan who hit me... F*** you Will.I.Am for lying!! I have lost all respect for all of you and the Black Eyed Peas!"

Today, Polo Molina was officially charged with assaulting Perez, and is due in court August 5.