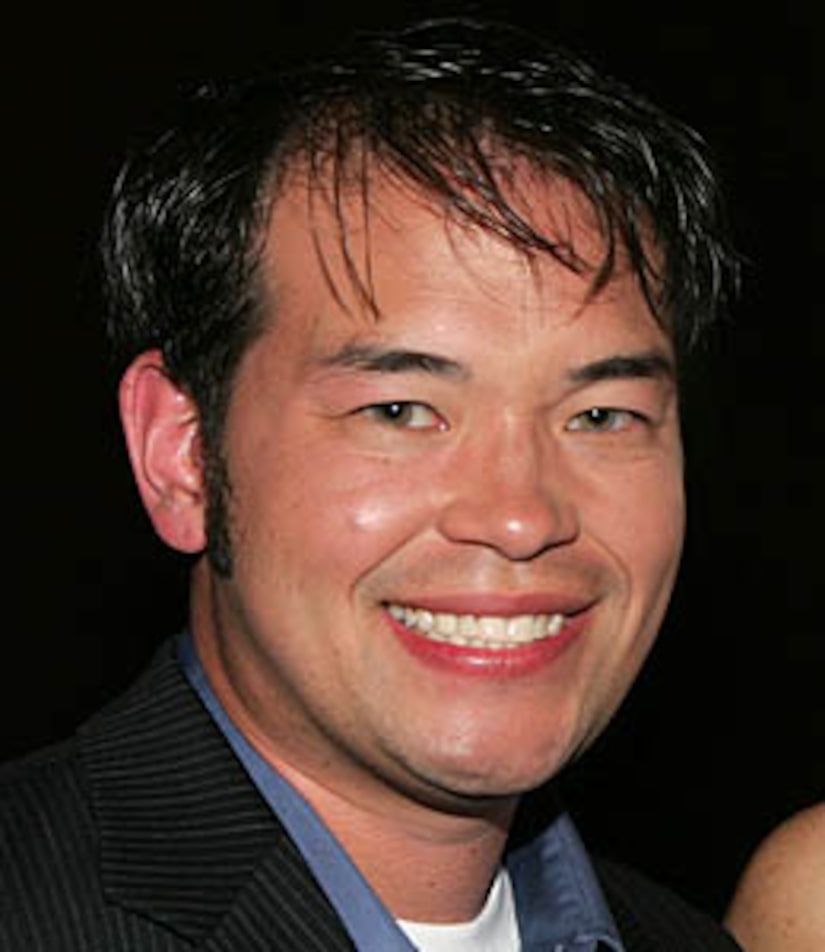 Reality dad Jon Gosselin spent Father's Day playing with his large brood, and fielding questions from reporters and fans -- without his wife Kate.

Just one day before the couple's "big announcement" is to be revealed on TV, Jon held an impromptu press conference in front of a crowd gathered at his home in Pennsylvania. When asked where Kate was as the rest of the family celebrated Father's Day, Jon replied, "I have no idea," reports Us Weekly.

The crowd also asked Jon about his alleged affair with 23-year-old schoolteacher Deanna Hummel, and whether he'd seen her recently. Gosselin told the group that he hadn't seen Deanna -- and still denies an affair.

Jon refused to answer any questions regarding whether or not he and Kate's "big announcement" had to do with the couple divorcing, telling fans to simply watch the show on Monday to find out.

During the rest of the day, Jon was photographed playing in the family's yard with all eight of his children.