Chris Brown has opted for a plea deal in the February assault on Rihanna by pleading guilty to assault. 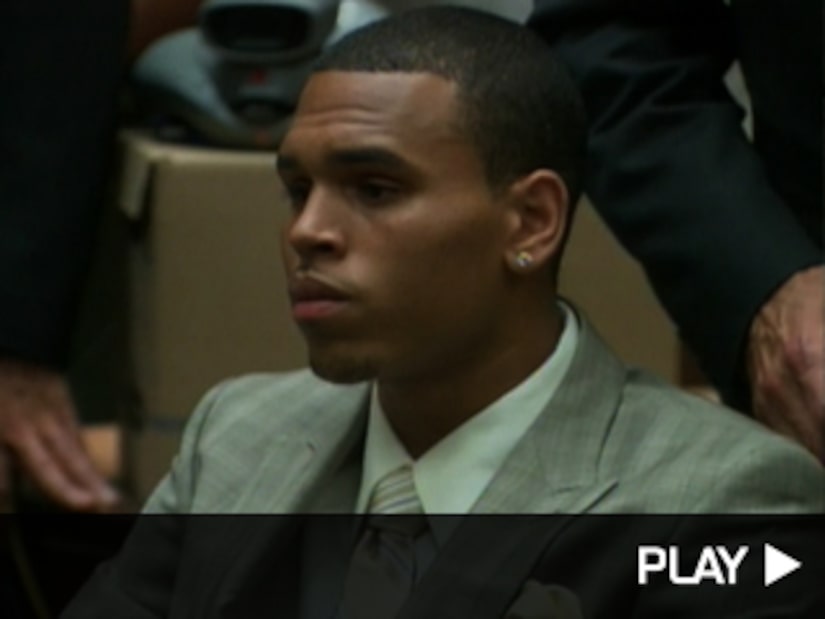 The deal, reached today in a Los Angeles courtroom, gives Brown five years probation for felony assault, and 180 days of community service (in hard labor) which he'll serve in his home state of Virginia (pending approval), and he must enroll in a year-long domestic violence program... but he will spend no time in jail.

Brown must also stay away from Rihanna -- at least 50 yards. The judge ordered that if he and Rihanna attend the same event, he must stay at least 10 yards away. The order is in force for 5 years.

Judge Patricia Schnegg stated that Chris Brown "was treated as any other person who comes through this court." A violation of Brown's probation could earn him up to 4 years in prison.

Brown, who showed up to court in a gray suit apparently took the deal before Rihanna testified in the hearing. She was in the courthouse wearing all black, but never got to testify because of the plea. As part of the deal, a charge of making criminal threats was dropped.