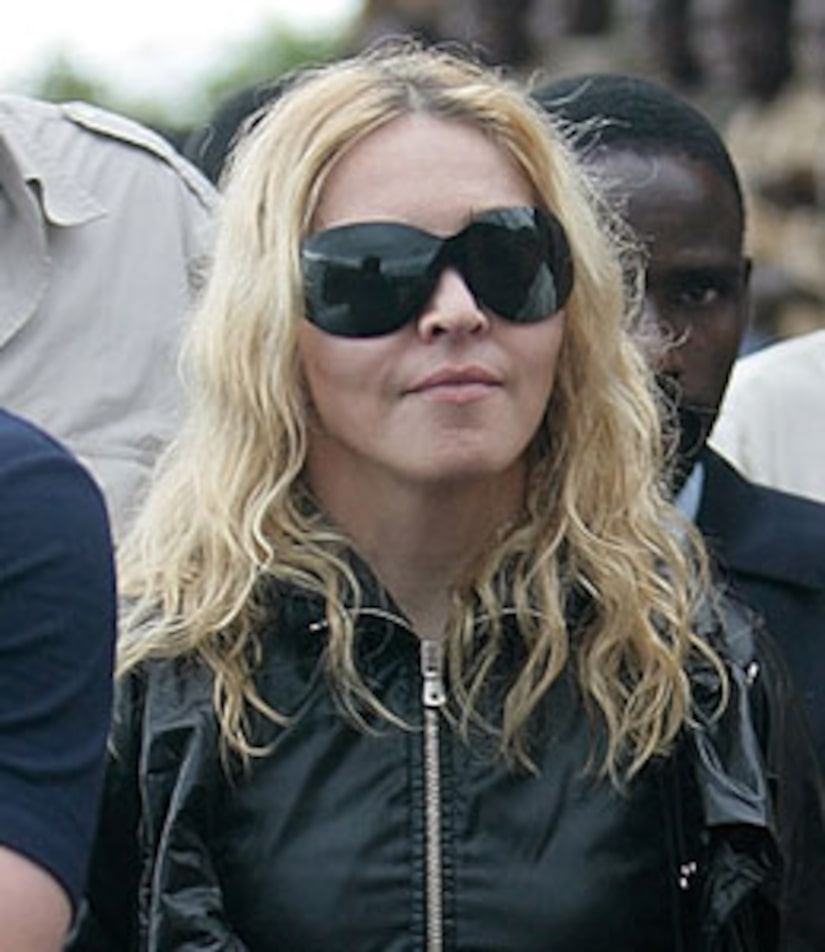 Madonna's adopted daughter Mercy has reportedly reunited with the superstar in London.

Chifundo "Mercy" James flew from her native Malawi on a private jet headed for London, the AP reports.

An airport employee and a person familiar with Madonna's adoption proceedings said the 3-year-old left late Friday. She was reportedly accompanied on the flight by a nanny, a child nurse and a third assistant.

A week ago, Malawi's highest court overturned an April lower court decision and ruled that the 50-year-old Queen of Pop could adopt Mercy. Madonna adopted son David Banda from Malawi in 2006.

Mercy should have reached London, where Madonna has a home, Saturday morning, the AP reports. She will join Madonna's other children, David, 3, Lourdes, 12, and Rocco, 8.