It's no secret that the Gosselins are going through a tough time in the marriage department, and now Jon and Kate are tackling the tabloid drama head-on! 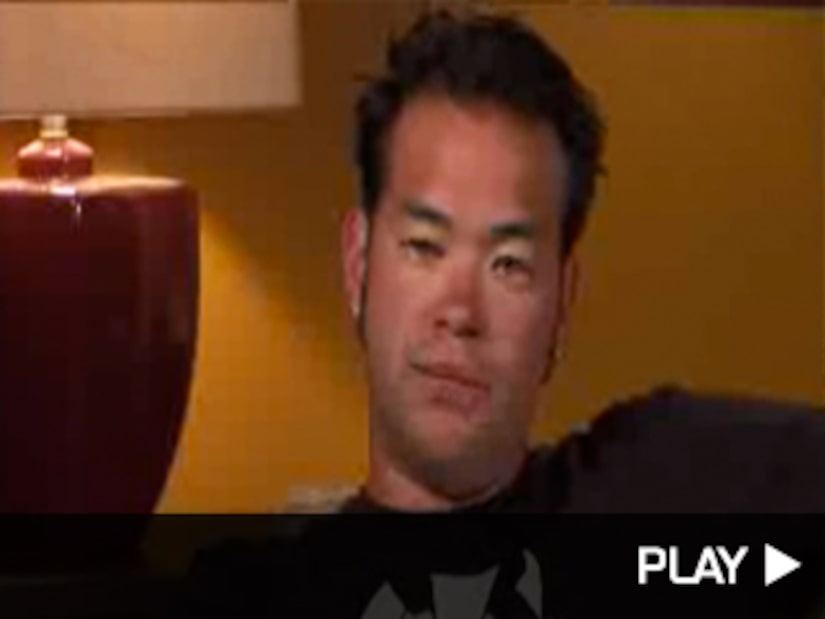 In a clip from Monday's "Jon and Kate Plus 8," a distressed Kate says, "We haven't really known where we were going, but we've been dealing with this for, um, a long time."

Jon is rumored to be having an affair with a 23-year-old teacher, and Kate has been linked to her married bodyguard. Jon tells the cameras, "People think I've changed, and I have changed, but I'm now the person I know I am." Is that clear?

Kate takes a deep breath and reveals, "We can't go back now, we can only go forward. And that's what we're going to do, and we're going to learn a lot going forward. And I know that we'll all come out of this on the other side, um, hopefully stronger, better, wiser."

Moving out could be an option for Jon. "Extra" has confirmed Jon has been checking out apartments at Trump Place in New York City.

Attorney Lois Liberman tells "Extra" divorce for parents with eight children would be extremely difficult. "Each parent can't handle all eight at the same time, and require assistance from the other parent or nannies," and Liberman adds that Jon and Kate might divide the eight. "For them to split the kids in some sort of access schedule would allow each parent to get some meaningful time with the children. You've got a very big brood here."

TLC's "Shalom in the Home" host Rabbi Shmuley thinks there's hope if the cameras are turned off. He says, "It can only be saved if they go off TV... they have to make a choice."