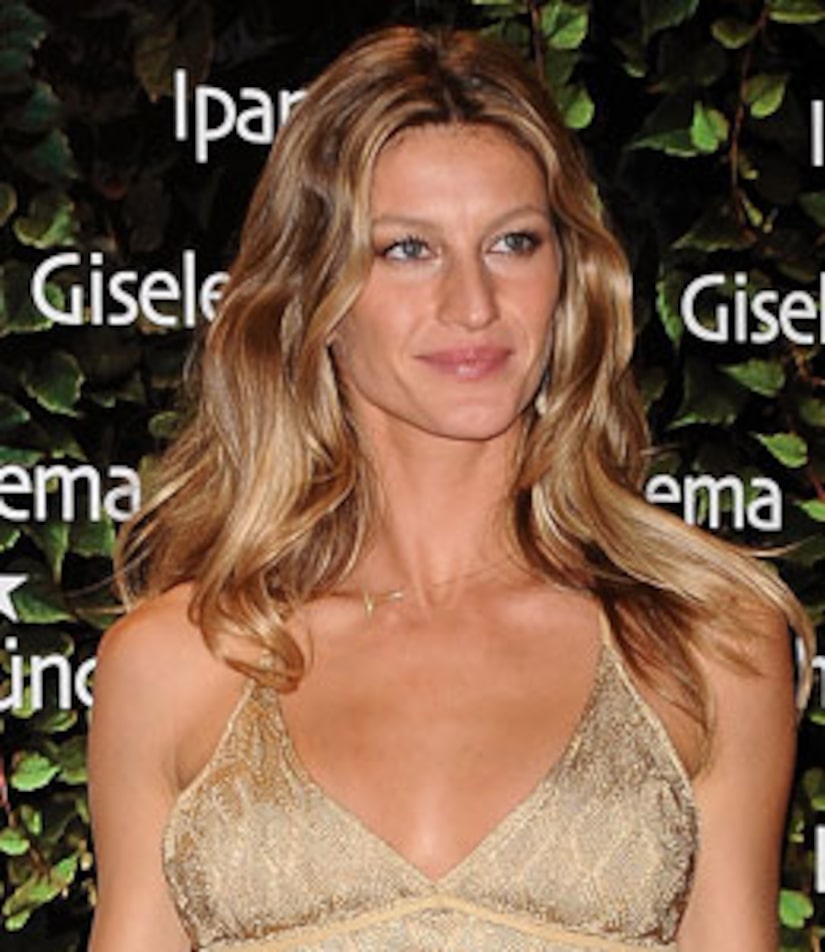 Sources tell People magazine the 28-year-old is "ecstatic," and due in early 2010. Bündchen and Brady were married in February and speculation about a pregnancy soon followed.

"Family is everything," Bündchen told the mag in May, adding, "I think family is the base to everything. I think that is one of the things I'm most grateful for. I have a lot to be grateful for but I think that's definitely number one."

Gisele plays stepmom to Tom's son John Edward Thomas Moynahan, with ex GF Bridget Moynahan. In March, Bündchen told Vanity Fair, "I want him to have a great relationship with his mom, because that's important, but I love him the same way as if he were mine."