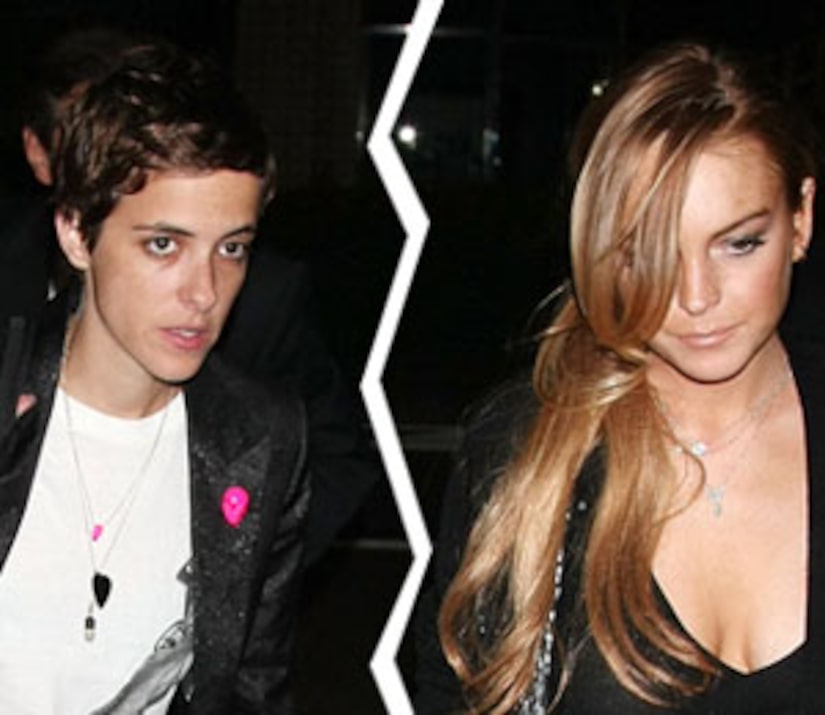 As rumors swirl about Lindsay Lohan falling back into her old partying ways, a source close to Samantha Ronson reveals that she and LiLo are kaput -- for good.

The deejay's pal tells People magazine that the women never reconciled romantically after breaking up in April, and confirms that now the two can't even be friends. "Sam let Lindsay back into her life as a friend, but now even a friendship seems impossible," says the source. "No matter how many times she promises to change, Lindsay loses control and starts acting like a maniac."

Yesterday, Lohan posted attention-seeking, half-naked photos on her Twitter with the caption, "I'm THAT bored." Later, the "Mean Girls" star called out to Samantha on her Twitter, writing, "I can't sleep. Samantha Ronson -- it's your fault." She later accused her former flame of cheating, writing, "Why do people cheat? When love is always standing right in front of their face(s)?? SR?"

The Ronson source claims antics like these prompted Sam to cut Lindsay out of her life, after a failed attempt at trying to be friends. "Sam is a nice person and wouldn't throw anyone out of her life, but it was no more than that."

Lohan has reportedly been telling people that Ronson broke it off with her again. "She is telling everyone that Sam dumped her again, but it makes no sense, since they never got back together."