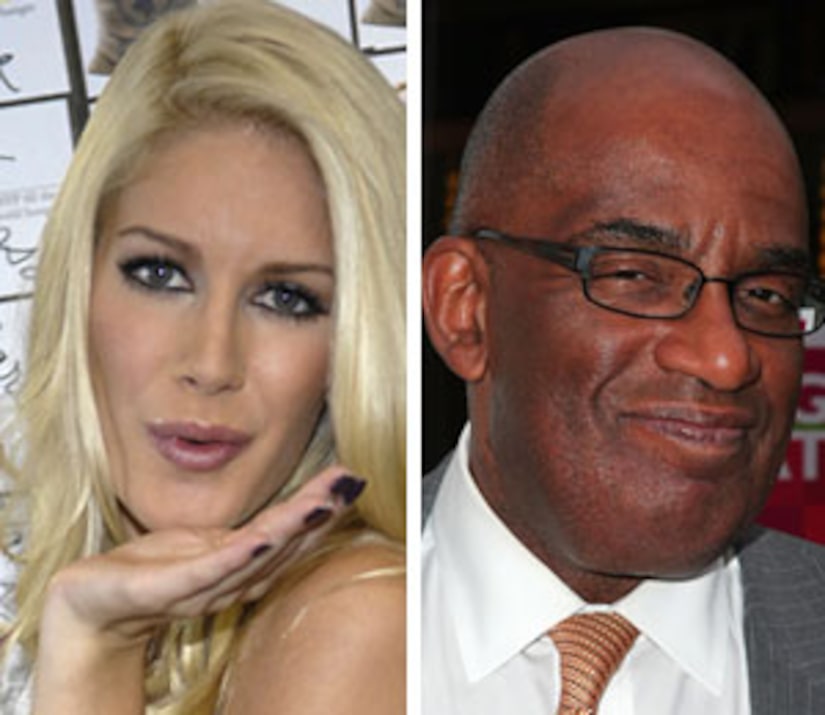 Heidi and Spencer Pratt have a few things to say to Al Roker, but they're still trying to figure out who he is.

Speidi thought the "Today Show" co-host was too aggressive when he asked if Heidi was proud of her behavior on NBC's "I'm a Celebrity...Get Me Out of Here."

"People keep on referring to this weatherman like I'm supposed to know who he is," Spencer tells Usmagazine.com. Adding, "So a shout-out to Weatherman, who I guess got to even hang out with us this morning."

"This weather guy was definitely out of line, and he should stick to predicting cloudy days," Heidi tells Us. "Maybe someone rained on his little parade today."

For now, the feud is over. Heidi says, "I forgive you, you don't even have to ask me, I already forgive you. It's okay. The devil gets into all of us sometimes. You're forgiven. It'll be a sunny day tomorrow, Weatherman!"

UPDATE: Tuesday morning on the "Today Show," Al defended himself against allegations that he "persecuted" the Pratts. Al told co-host Meredith Vieira, "I believe I asked what a lot people wanted to know."

Spencer said it was only by the grace of God that he didn't physically attack Al, but Roker says, "If he had tried to come across, I would have dropped him like a bag of dirt."

Roker then slammed the reality TV couple's fame. "There are a lot of celebrities who come on the show who've actually done something, who act civil."

Heidi declared that she had already forgiven "the weatherman."