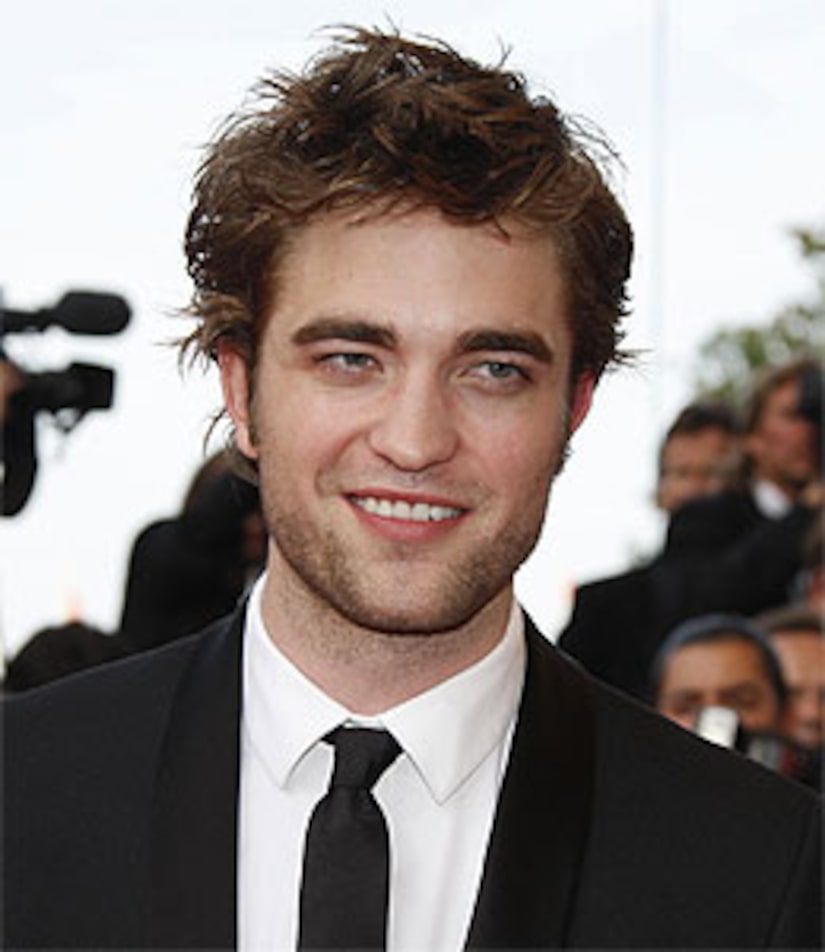 Everyone wants a piece of Robert Pattinson -- and vampire-crazed fans in NYC are no exception!

The "New Moon" hunk was swarmed by hundreds of screaming fans, and the vampire actually looked a little frightened! RPatz is in the Big Apple filming "Remember Me."

In a related news bite, Werewolf Taylor Lautner confirmed to "Extra" that the third movie in the "Twilight" franchise is already in the works. "I'm leaving in seven weeks to film it," Lautner says of the next one, called "Eclipse."