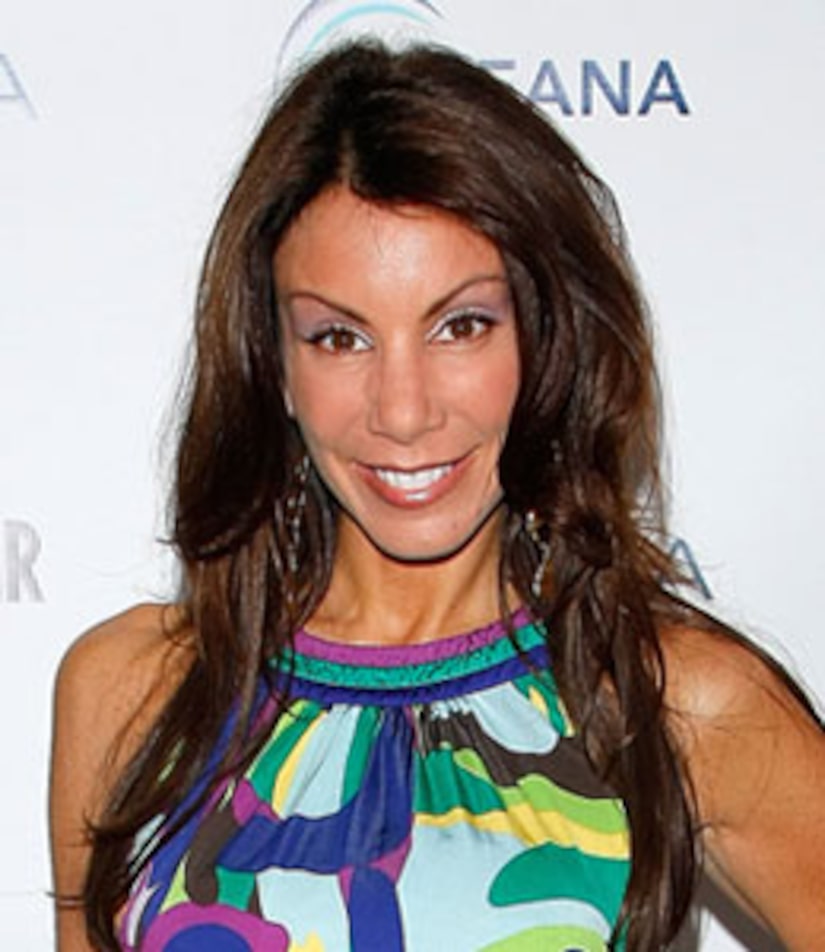 Tonight on Bravo, "The Real Housewives of New Jersey" are sitting down for their last supper -- and it's no happy meal! Bad girl "Housewife" Danielle Staub tells "Extra" that after a drama-filled first season, she's definitely coming back for more!

Danielle is also clearing up rumors -- courtesy of "Extra." She says she wasn't a prostitute and claims regarding an affair with Don Johnson will be answered in the reunion show, she adds, "...with details!"

The single mother of two says you can't believe everything you read. The out-of-print book "Cop without a Badge" alleges Danielle was a regular cocaine user. She answers, "No, I wouldn't have a 10-pound baby and an 8-and-a-half pound baby if I had destroyed my body in such a nature."

The book also claims Danielle was intimate with over 1,000 men. Danielle says, "That would not be possible... it would have destroyed me." She also admits the show's producers had no idea about her "colorful" past.