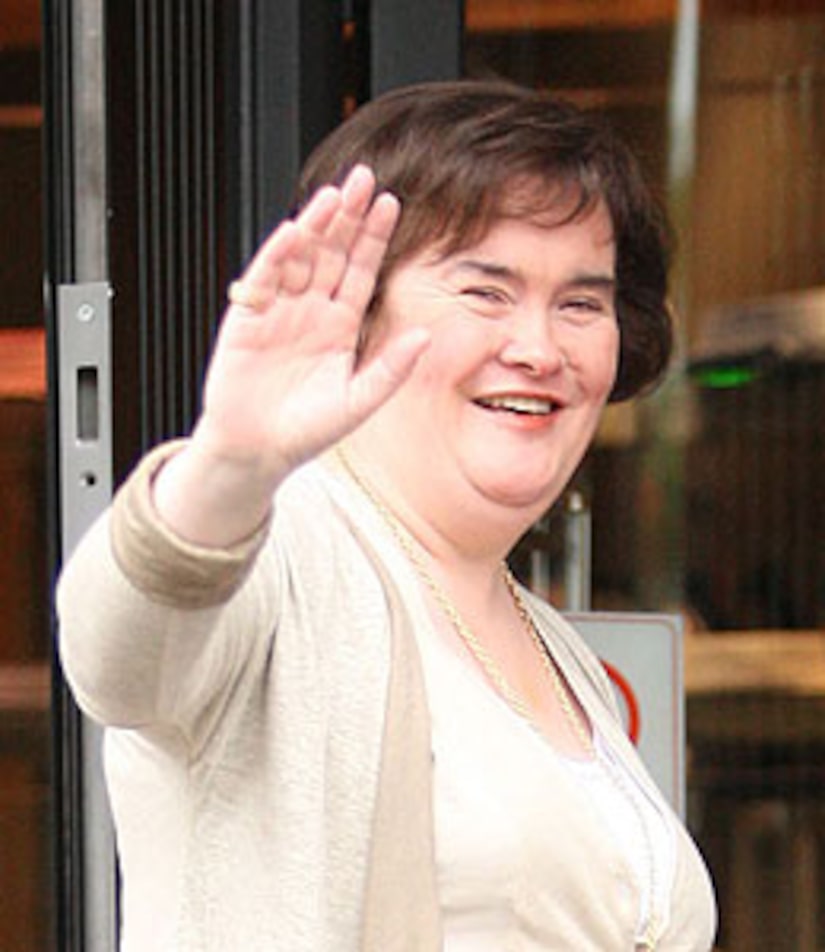 International singing sensation Susan Boyle is expected to perform tonight after canceling a weekend performance due to health concerns.

"She is due back on stage tonight," a spokeswoman for the "Britain's Got Talent" tour revealed to the Associated Press. "On Sunday, she was advised to take a rest day. She hasn't pulled out of the tour."

Boyle joined the other "Talent" finalists for a tour that kicked-off on Friday in Birmingham, and for another performance on Saturday in Sheffield. The singer, 48, reportedly suffered an emotional breakdown after receiving second place in the talent competition.

After the "Britain's Got Talent" tour, Susan will reportedly record an album which will hit stores in time for Christmas.