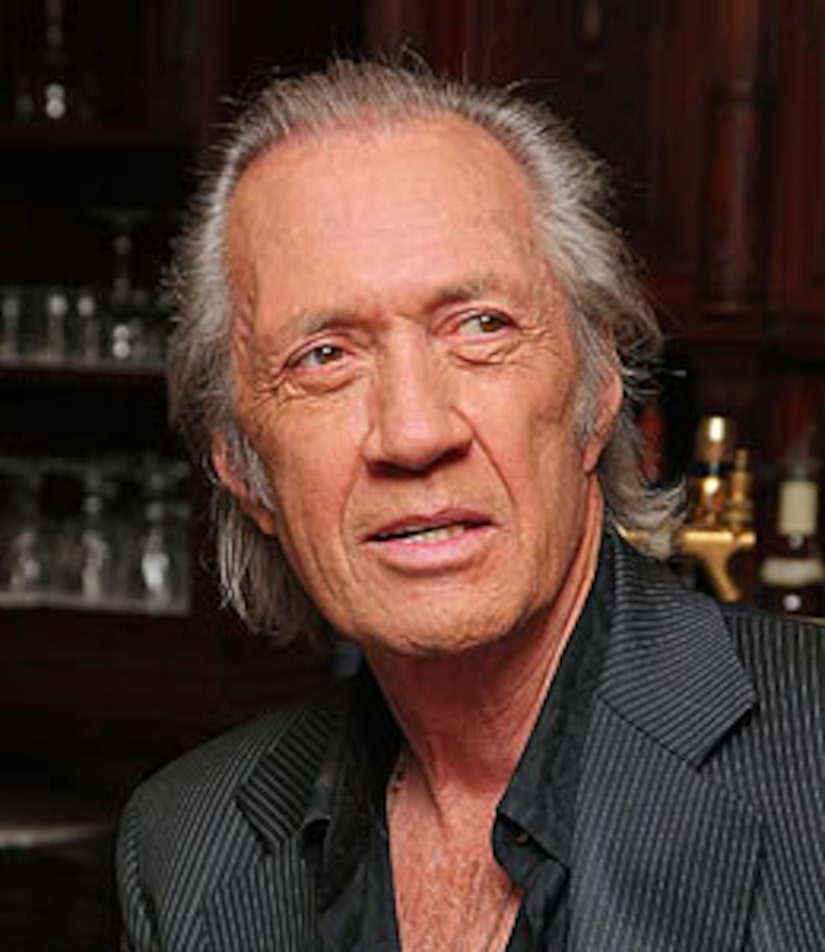 "It was touching, but lighthearted," Carradine's brother Bruce tells People magazine of the funeral. "There weren't a lot of tears, but there was a lot of laughter."

The service for Carradine, who was found dead in his hotel room in Bangkok, Thailand on June 4, was held at Forest Lawn Cemetery in Los Angeles. Approximately 400 guests attended the memorial -- including a group of Hell's Angels -- and for two hours funeral attendees shared their fondest memories of times they spent with the "Kill Bill" star.

David's "Kill Bill" co-star, Michael Madsen, shared memories of the late actor. "Michael shared a list of rules to live by that David had given him years ago," Bruce revealed. "These included advice like, 'Never marry a woman named Candy' and 'Never buy anything from a man who is out of breath.'"

The investigation surrounding Carradine's death is still ongoing. A second autopsy, performed by a doctor hired by David's family, determined that the actor may have died from autoerotic asphyxiation.