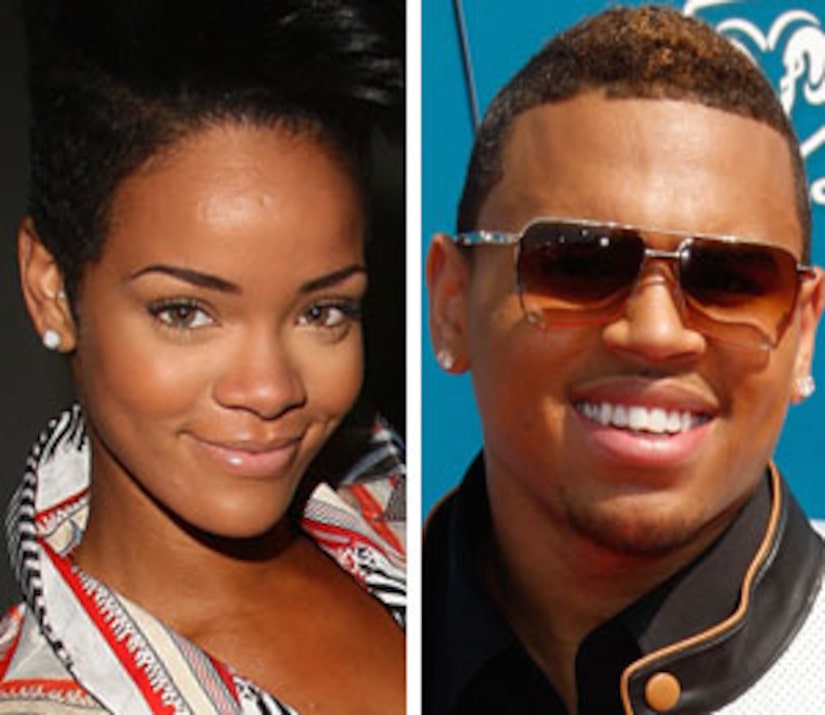 Two days after Rihanna was subpoenaed to testify in the assault case against Chris Brown, the two were spotted at Game 4 of the NBA Finals in Orlando.

A source tells People magazine, "They requested to sit together."

Sources tell "Extra" Rihanna and Brown didn't arrive together -- and sat across court from each other. Brown was spotted with two empty seats next to him.

The couple's relationship has been on-again-off-again since Brown allegedly attacked Rihanna in February.