It's been less than 24 hours since her breakup with Doug Reinhardt, but it looks like Miss Hilton's broken heart quickly mends! 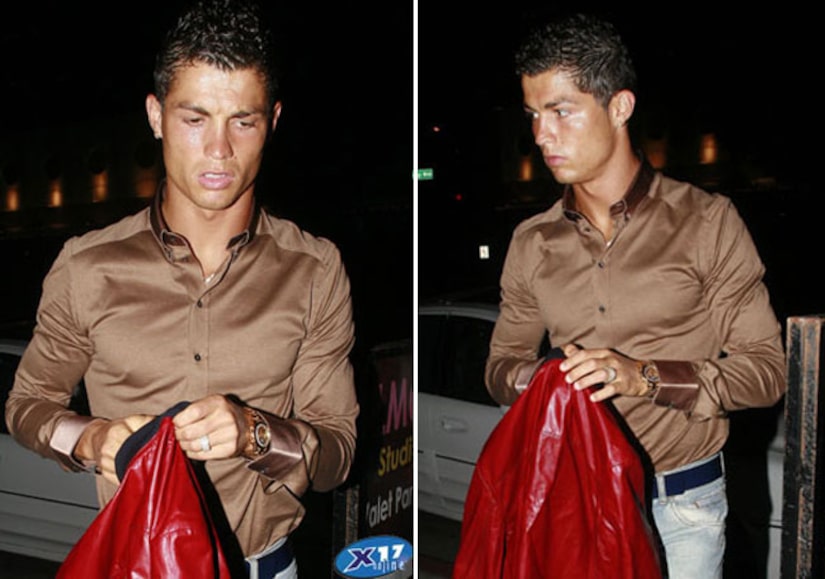 Paris may have already found a new man! According to an X17 source, Paris and soccer stud Cristiano Ronaldo got quite cozy at club MyHouse in Hollywood on Wednesday evening.

But wait there's more... after Cristiano's table dropped a reported $20 thousand on champagne and drinks, he headed back to Paris' sister Nicky Hilton's West Hollywood pad, where he was spotted leaving at 5 AM!