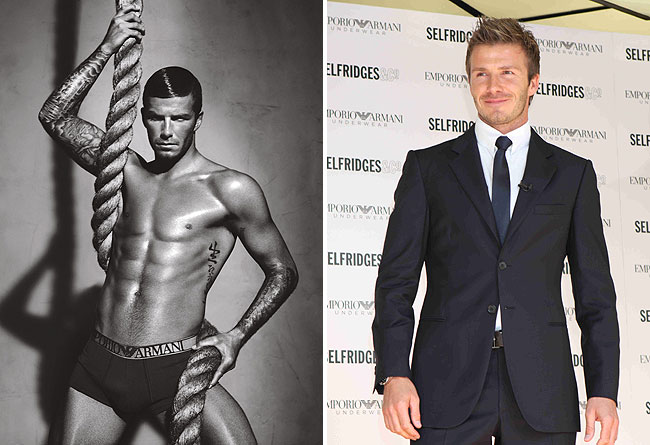 Beckham stripped down to his skivvies for the new Emporio Armani Underwear Fall/Winter 2009-10 campaign, which adorns Selfridges department store. The British footballer celebrated the unveiling with a meet and greet with 300 lucky fans. Becks wore a handsomely fitted navy blue Giorgio Armani suit.