"Rock of Love" star Bret Michaels suffered a busted lip (that required three stitches) and fractured nose after his Tonys set smash-up -- and he's got the wounds to prove it!

The Poison rocker showed off his Radio City battle scars in these photos from his MySpace page. 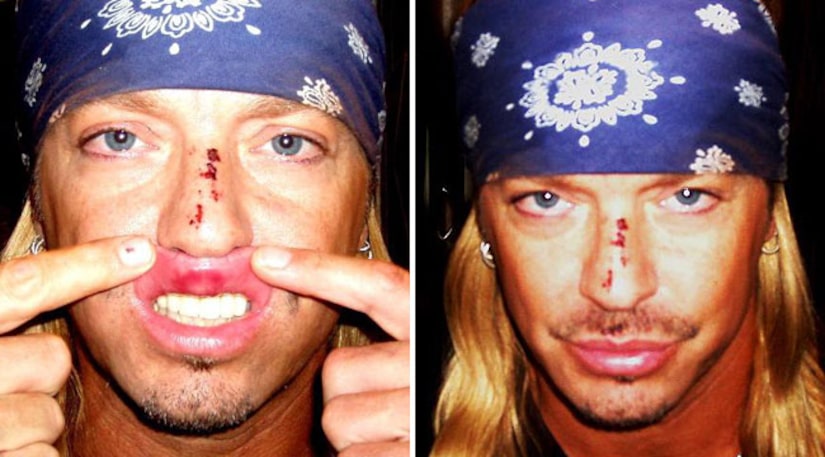 A rep for Michaels recently told "Extra" his camp wasn't happy with the reaction from the show's producers, saying, "...had this incident happened to Liza Minnelli, Dolly Parton or Elton John, the Tonys would have at least issued a letter of concern."