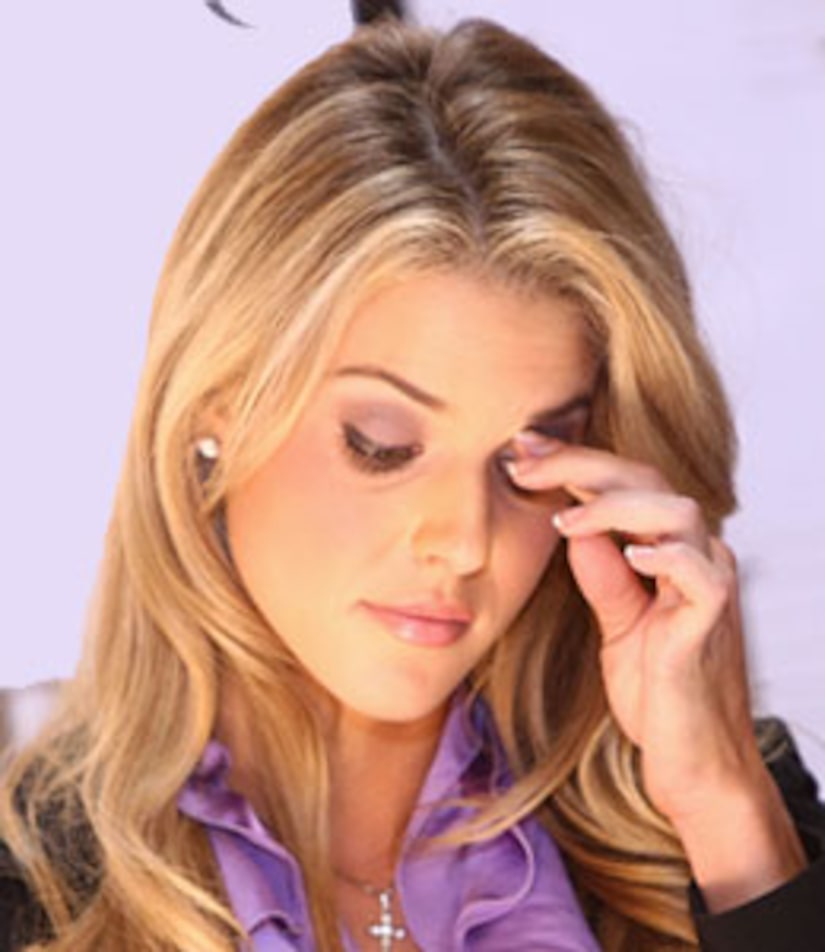 Beauty queen Carrie Prejean survived getting her crown stripped once -- only to be dethroned today for reportedly breaching her contract.

Reps for the Miss California USA organization have confirmed to "Extra" that Carrie has been "fired." The pageant's runner-up, Miss Malibu Tami Farrell, will take Prejean's crown as the new Miss California.

"This was a decision based solely on contract violations including Ms. Prejean's unwillingness to make appearances on behalf of the Miss California USA organization," Miss California USA Executive Director, Keith Lewis says in a statement. "After our press conference in New York we had hoped we would be able to forge a better working relationship. However, since that time it has become abundantly clear that Carrie is unwilling to fulfill her obligations under our contract and work together."

The organization's owner, Donald Trump, adds, "I told Carrie she needed to get back to work and honor her contract with the Miss California USA Organization and I gave her the opportunity to do so. Unfortunately it just doesn't look like it is going to happen and I offered Keith my full support in making this decision. Carrie is a beautiful young woman and I wish her well as she pursues her other interests."

Shanna Moakler, former Executive Director of the Miss California USA pageant who resigned after Carrie was allowed to keep her crown last month, twittered today about the organization's decision. "At 16 & 19 I signed these same contracts, as well as 1000s of other women -- we all lived up to them, none of us had them amended. This is fair."

The San Diego native sparked controversy during the Miss USA pageant, in which she explained to judge Perez Hilton that she didn't believe in gay marriage. Later, Carrie faced more scandal when two sets of topless pictures -- one from her teenage years and another from a modeling shoot -- surfaced on the Internet.