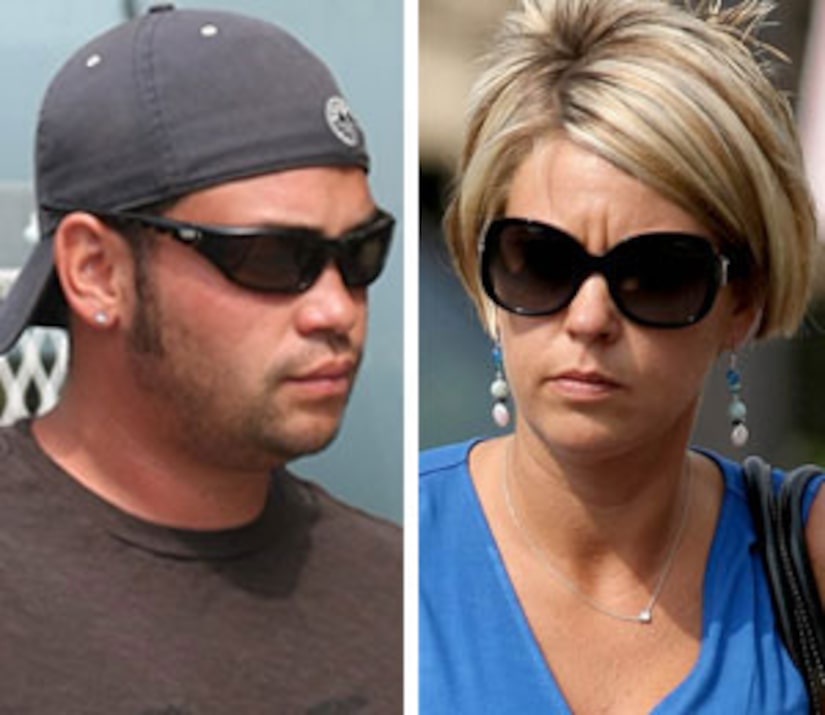 Mr. Gosselin has some explaining to do! According to US Weekly, the reality dad stands accused of leaving Kate at home while he partied it up with his alleged mistress Deanna Hummel in Utah.

Fans of "Jon and Kate Plus 8" were shocked when Jon jetted off to Park City as Kate spent her birthday home alone with the brood. On the show, Jon was shown giving ski lessons to children, but off-camera sources claim to US Weekly that the father of eight was "so smashed his eyes were barely open."

The source also told Us Weekly that one of Jon's pals "thought it was disturbing how Jon was acting in public with another woman with his wife and kids at home." The magazine also alleges that Gosselin was drunk and "reeking of pot" at a Park City bar with Deanna.

Kelly Ripa tells "Extra" that she thinks the couple will pull through. "They have eight kids, we have three kids, and I feel broken down most of the time," Ripa confesses. "It's a lot of pressure for a couple, I mean, the added pressure of having cameras everywhere. I think they're going to make it. They'll be fine."

Comedienne Kathy Griffin gave "Extra" her thoughts on the Gosselin drama, saying, "I am following 'Jon and Kate Plus 8,' or as I call it Kate Plus 9...As a bitter divorcée, I'm living vicariously watching them complain about each other and I find it amusing."

Gosselin reportedly came home from Utah without a birthday present for his wife, but has a chance to make up for it on Friday, June 12 -- the couple's 10th wedding anniversary.