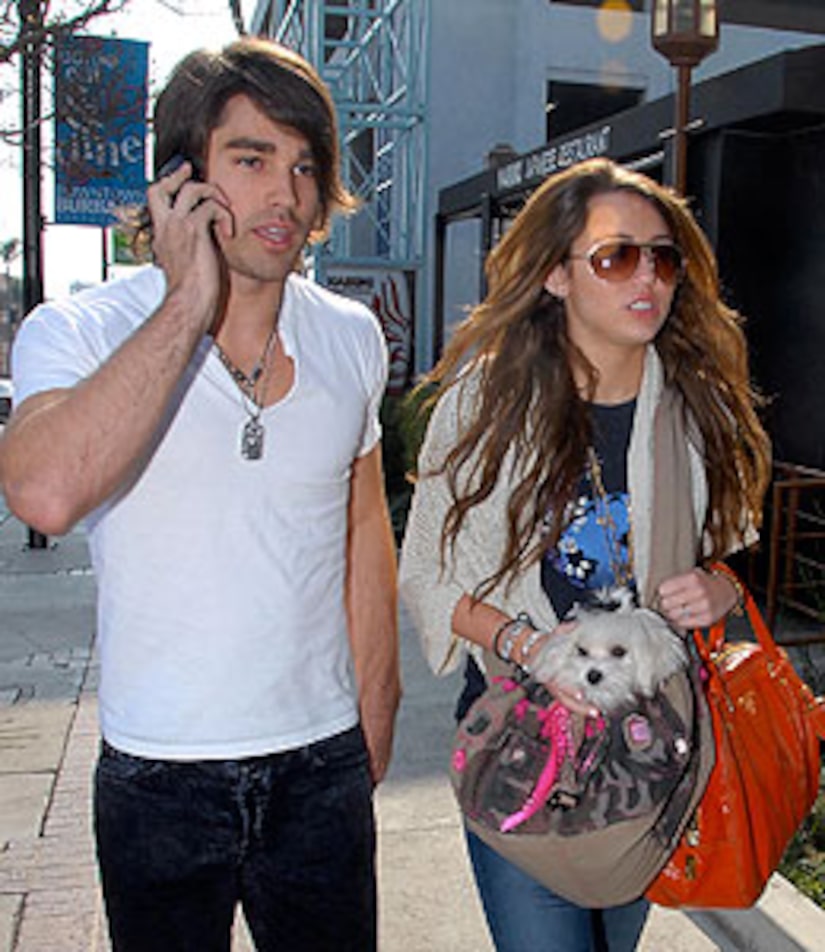 "Hannah Montana" star Miley Cyrus is heading to Georgia to film "The Last Song" -- and had to say goodbye to her model beau Justin Gaston. *sniff*

Miley posted on her Twitter page last week, seemingly about Gaston, "'my heart is in two...and its all because of you' a song I am starting to write." In addition to filming her new movie, Miley will be designing a clothing line for Wal-Mart, taping the new season of "Hannah Montana," and gearing up for another tour that kicks off in September!

The Disney starlet recently confirmed to Us Weekly that Justin would not be joining her when she leaves L.A. "He's got his own thing going on," Cyrus admitted. "But I am just continuing to work hard and definitely have the whole tour going on and my clothing line and the movie."

Gaston, 20, isn't being shy about his love angst. "Haven't been this miserable in a looong time," he wrote on his Twitter page.