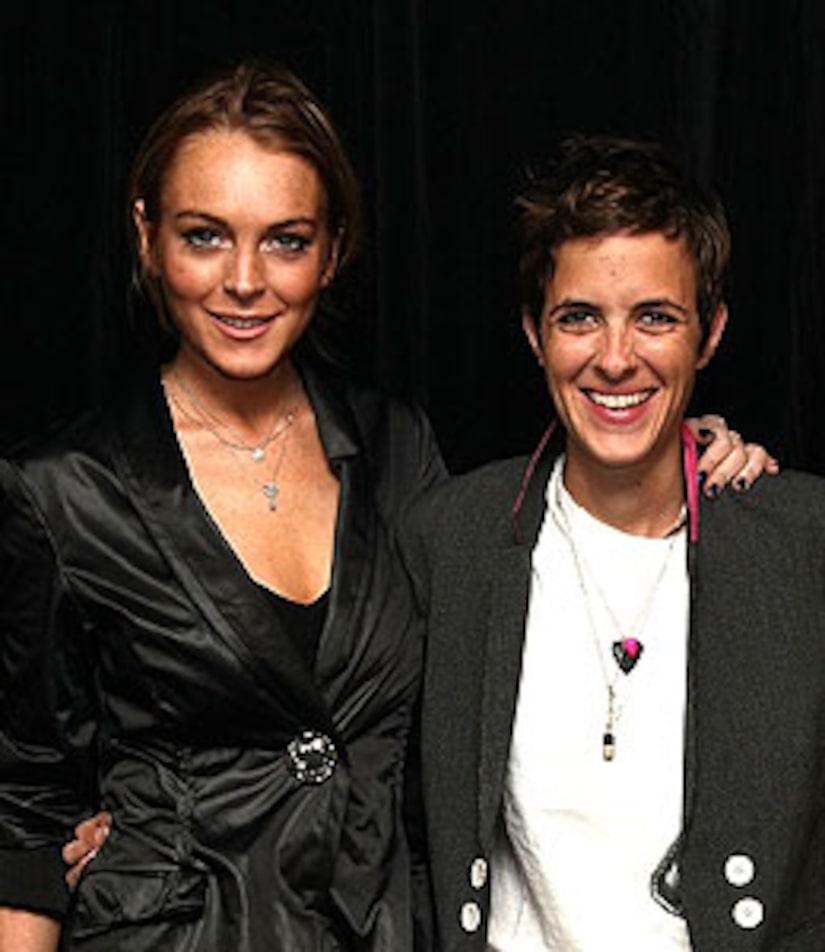 Lindsay Lohan and ex-girlfriend Samantha Ronson called it quits with a nasty breakup in April, but rumor has it the actress and the deejay have patched things up! Here we go again!

Lohan wrote on her Twitter from London airport: "Leaving London but but with my favorite favorite!!!-travel buddy & great news to share!! Maybe...;)" She was photographed in the airport with Ronson, and the two shared a flight home to Los Angeles.

At the airport, Lohan was spotted sporting a large diamond ring on the middle finger of her left hand. Lindsay, 22, and Samantha, 31, have both been in the U.K. recently, but were photographed together until they were spotted at the airport.

A source tells People magazine that both Lohan and Ronson are trying to make it work. "They haven't started fighting yet, but they are back together as far as Lindsay is concerned," the source reveals. "Lindsay has been doing so much better and has been giving Sam her space. She is really dedicated to making it work."