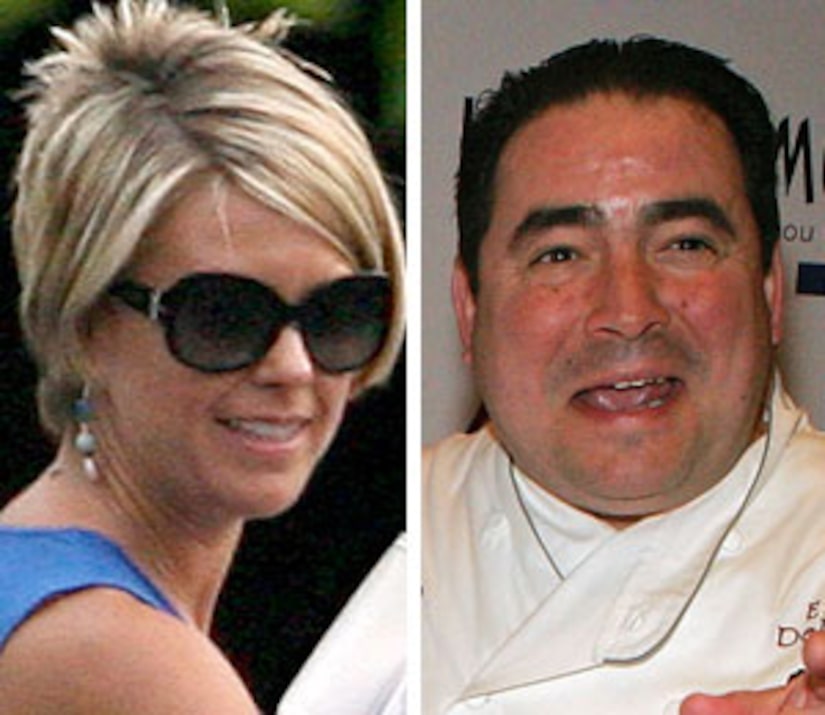 Be careful in Kate Gosselin's kitchen -- she slaps!

Jon and Kate welcomed chef Emeril Lagasse into their kitchen for the 100th episode of the family's TLC reality show. Kate managed to slap Emeril's hand with a cooking utensil which she told him was better to use for scraping food out of a bowl!

Emeril helped the televised family prepare a dinner of green bean casserole, granola and chili macaroni. Kate made sure to belittle her hubby -- she confessed Jon's not the best cook. Emeril asked the mom of 8 if Jon was good in the kitchen and she quickly replied, "Not so much."

The episode was filmed before Us Weekly broke the news about Jon's alleged indiscretion with 23-year-old school teacher Deanna Hummel.