"American Idol" runner-up Adam Lambert has kept some of the public guessing about his sexuality since entering the show. Now the world's worst kept secret is out; he's come out to the world in a Rolling Stone cover story. 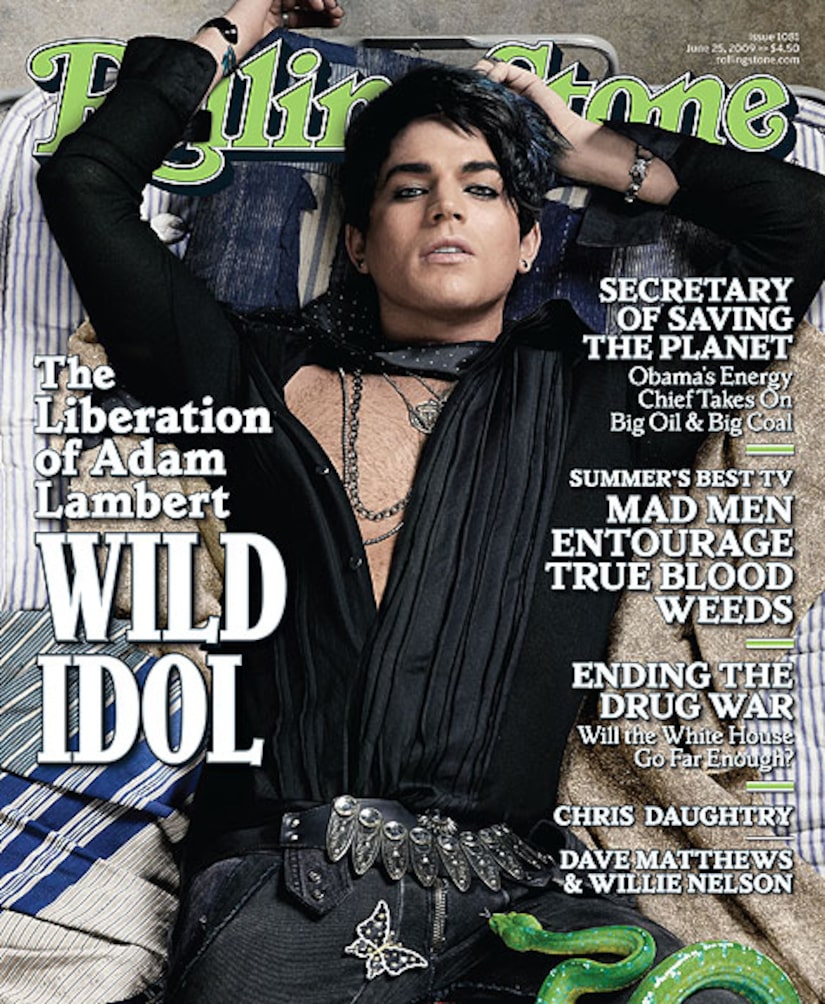 "I don't think it should be a surprise for anyone to hear that I'm gay," Adam reveals in the candid sit-down with Rolling Stone. "I'm proud of my sexuality. I embrace it. It's just another part of me."

Lambert -- who has been dubbed "Glambert" for his show-stopping outfits, heavy guyliner and black nail polish -- quickly earned the favor of the judges on "Idol" and amassed a huge following because of his stellar voice and enigmatic stage presence. In the end, he lost the "Idol" title to Kris Allen, but has nothing but nice things to say about his former roommate in the "American Idol" mansion.

"He's the one guy that I found attractive in the whole group on the show: nice, nonchalant, pretty and totally my type -- except that he has a wife," Lambert reveals to the magazine. "I mean, he's open-minded and liberal, but he's definitely 100 percent straight."

Adam enjoyed keeping people guessing about his sexuality, and admits that he kept the public in the dark out of fear his sexual preferences would overshadow his voice. "I was worried that [coming out] would be so sensationalized that it would overshadow what I was there to do, which was sing. I'm an entertainer, and who I am and what I do in my personal life is a separate thing."

Lambert was raised in San Diego and currently lives in Los Angeles -- and confesses that the recent controversy over Proposition 8 is something that hit close to home. "This civil rights movement is near to my heart... I'm not asking to get married in your church, but you don't have any right to tell me I can't do it."

Adam has been snapped holding hands with rumored beau Drake LaBry on the streets of WeHo, but tells the magazine that while he is all for gay rights, he doesn't want to be a poster boy for the movement. "I'm trying to be a singer, not a civil rights leader."

Lambert admits that he loves the attention from female fans that his run on "American Idol" granted him. "I loved it this season when girls went crazy for me. As far as I'm concerned, it's all hot."

The singer will join his fellow "American Idol" finalists on the show's national tour, which kicks off July 5. For more on Adam's interview, pick up the new issue of Rolling Stone on newsstands Friday.

Does Adam's revelation about his sexuality surprise you? Vote now!