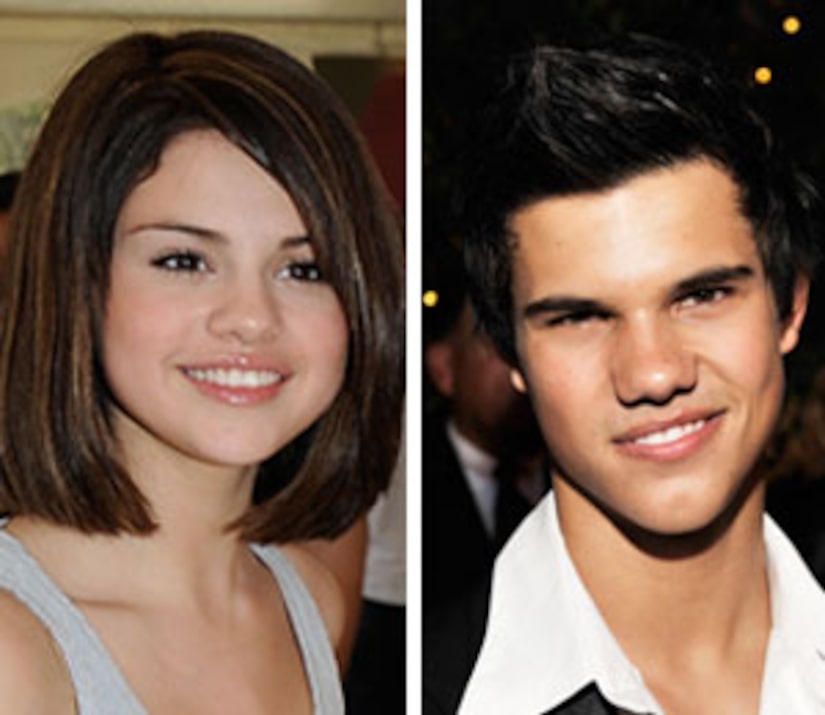 Disney starlet Selena Gomez sparked rumors of a romance with "New Moon" hunklet Taylor Lautner after they were spotted around Vancouver together, but she revealed to "Extra" that she's single!

"He's one of my good friends," Selena tells "Extra," adding, "I'm single -- definitely single."
For months, Gomez, 16, and Lautner, 17, have been snapped hanging out together. Taylor is on location in Vancouver shooting "New Moon," while Selena has been filming "Ramona and Beezus."

Taylor beefed up for his role as Jacob in the "Twilight" sequel -- and he's not the only one who's been hitting the gym! Check out shirtless pictures of Robert Pattinson from the set of "New Moon," and find out everything you've ever wanted to know about Taylor Lautner here!