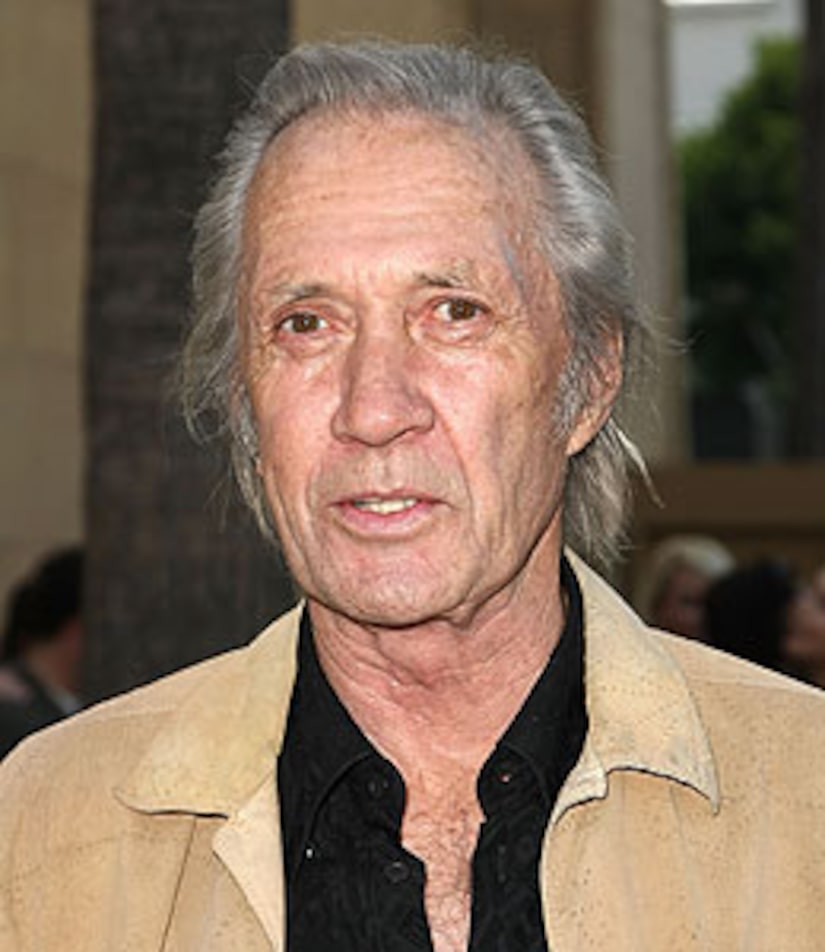 The shocking picture of a lifeless David Carradine, bound by the wrists and hanging from his hotel room closet, has been leaked to the Thai tabloid newspaper Thai Rath.

The disturbing snapshot shows David wearing women's fishnet lingerie and what appears to be a black wig. David's family is reportedly furious about this picture and another photo of Carradine in the morgue that has also been published, and has asked the FBI to further probe the "Kill Bill" star's death.

Out of respect for David's family, "Extra" has decided not to publish the Carradine photos. "Extra" Lifechanger Dr. Bruce Hensel says the public has had mostly negative reactions to the pix. "A lot of people are fascinated, but I've seen a lot of people who are shocked and disgusted as well."

Dr. Hensel also addresses questions about whether or not Carradine could have been accidentally killed during a kinky sex act. "Although it is possible for auto-eroticism... to lead to death, it's rare."

Dr. Bruce says that hotel surveillance tapes may answer several key questions in the mystery surrounding Carradine's death, but reveals, "At this point, the police are not releasing those tapes." The Carradine clan wants FBI help in snagging those surveillance tapes, while Thai authorities maintain they have nothing to hide.

Two of David's ex-wives have come forward and admitted that the actor practiced auto-erotica during his relationships with them -- and experts familiar with the sexual practice have concluded that David could have accidentally killed himself in the closet.

The Carradine family still suspects foul play, and has demanded a second autopsy in hopes of more answers in David's mysterious death.