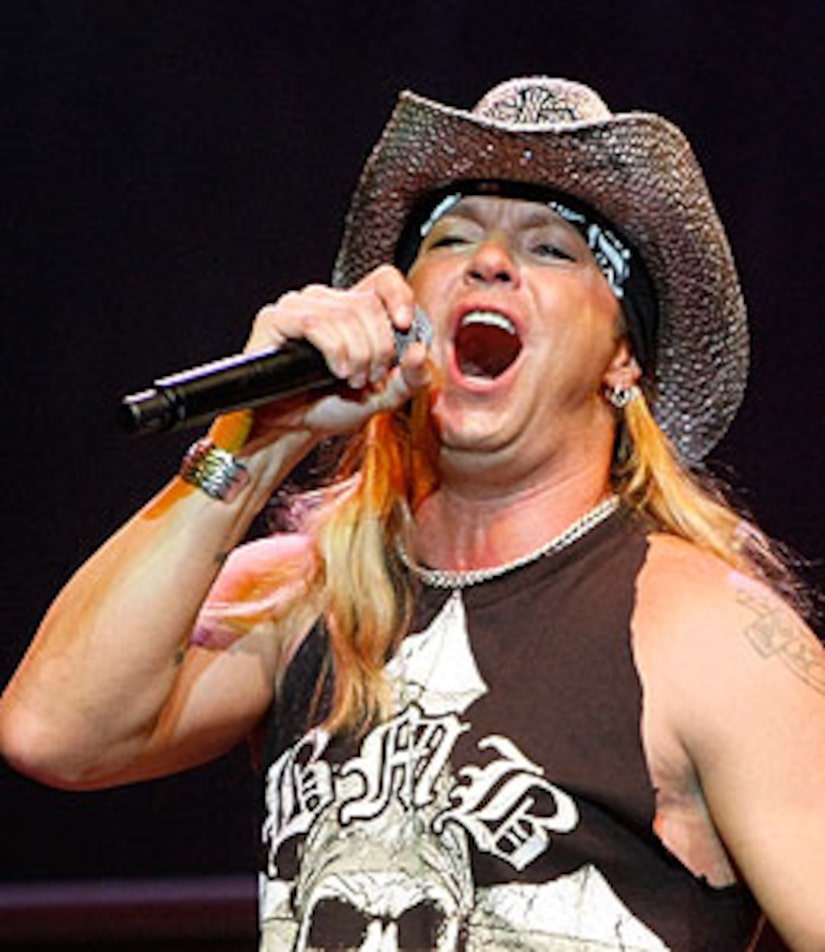 "Rock of Love" star Bret Michaels collided with a piece of scenery at the Tony Awards on Sunday night, knocking him to the ground.

Michaels performed with his metal band Poison at the awards ceremony. After rockin' to "Nothin' But a Good Time," Michaels exited the stage, and a descending set piece hit him on the head and he fell to the ground.

A spokeswoman for the awards show, Christina Stejskal, told Associated Press that the hair-metal performer "missed his mark." It was reported that Bret did not, as was originally thought, break his nose.

The musical "Rock of Ages" celebrates metal music from the 1980s. The cast of the musical performed onstage with Poison before the incident!

UPDATE: AP has confirmed that Michaels suffered a nose fracture and a busted lip -- that required three stitches.