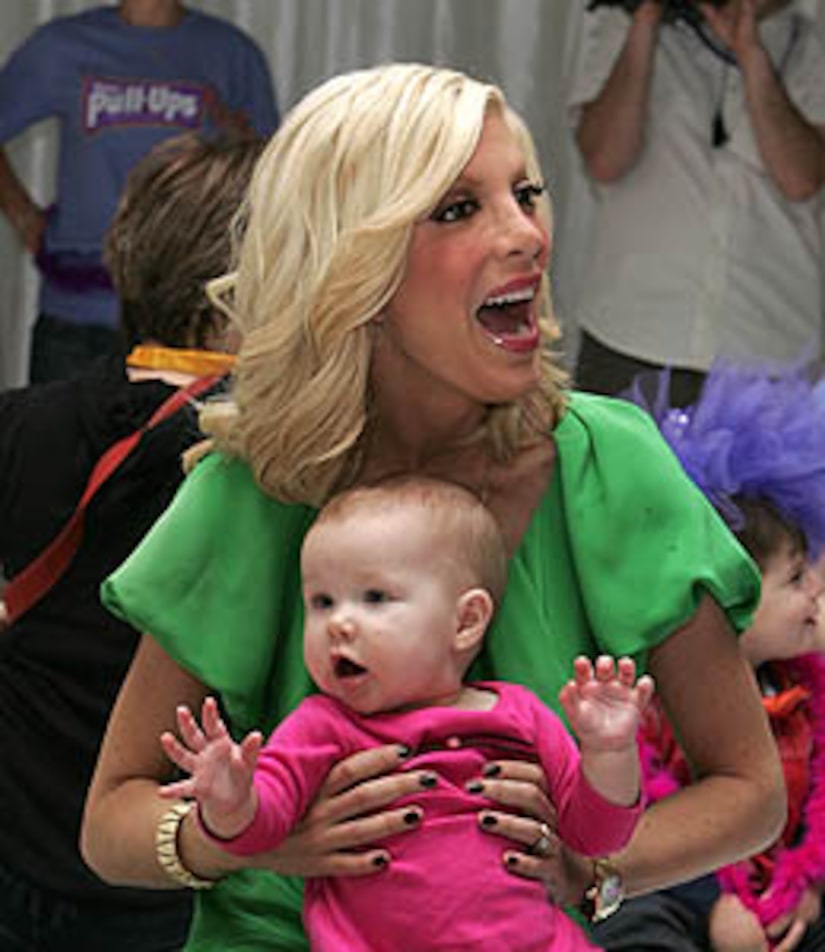 Stella, the daughter of Tori Spelling and Dylan McDermott, celebrated her first birthday with a star-studded bash with her parents' pals!

The party featured a tented tennis court, a gardening station, a cookie-decorating station, ladybug sprinklers, a ladybug insect zoo, face painting and pony rides. The kid-friendly band The Jumpitz also performed a selection of song for the tots.

"Stella was clapping her hands and enjoying the music," a party guest dished to People magazine, adding, "and Tori and Liam were singing along to the songs."

The birthday girl covered herself in frosting from her ladybug cake, and was sprayed off by mama Tori when she was done!

Stella's birthday party will be featured in a future episode of "Tori & Dean: Home Sweet Hollywood."