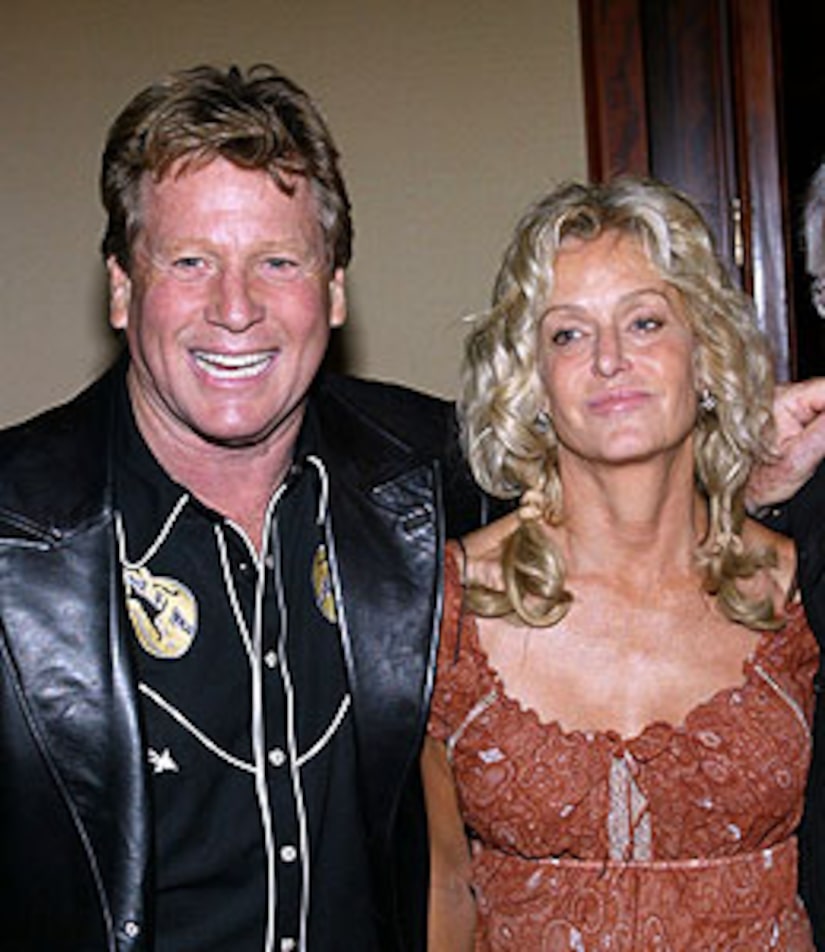 Farrah Fawcett's good friend Joan Dangerfield tells "Extra" that Fawcett and longtime partner Ryan O'Neal came close to tying the knot when they were in Germany.

Dangerfield says, "They thought about getting married in Germany. They had me check into all the laws to see if that was possible... but we just didn't get it together in time."

Dangerfield was also reports that the ailing "Charlie's Angels" star's faith and appetite are good. "I did take a nun to see her and a bishop, and they prayed and the nun gave her a little rosary. She continued, "She felt so good she sent me on an errand to Mastro's to buy a steak and creamed corn and we came back and sat around the bed and had a little dinner."

Dangerfield reveals Farrah's looking toward the future. "I was wearing a really cute pair of designer boots that are on special order and she asked me to get her some. I told her it would take about two months and she said, 'Great.'"