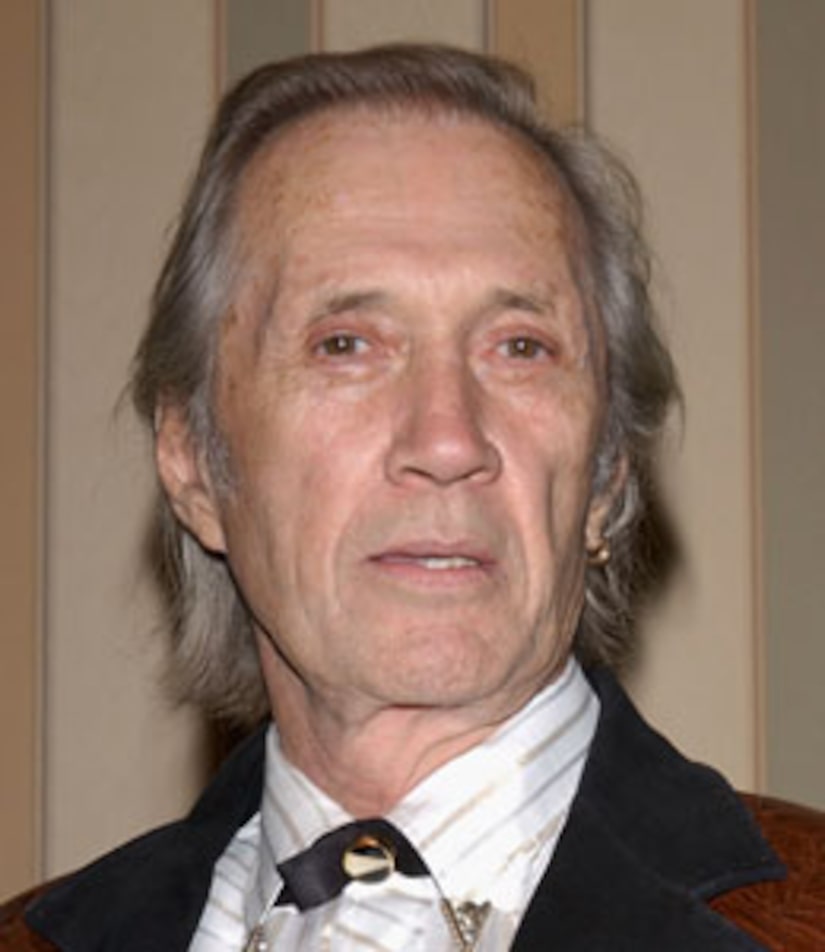 The body of actor David Carradine was found in a Bangkok hotel room closet with a rope tied to his neck and genitals, and Thailand's Central Institute of Forensic Science says the "Kill Bill" star may have died while attempting a sex act.

Pornthip Rojanasunand, Director of Thailand's Central Institute of Forensic Science, said Carradine may have died attempting as auto-erotic asphyxiation -- cutting off oxygen to the brain for sexual arousal, reports AP.

Police Lt. Gen. Worapong Chewprecha told reporters Carradine was found with a rope around his neck and one around his genitals, he says, "The two ropes were tied together." Adding, "It is unclear whether he committed suicide or not or he died of suffocation or heart failure."

Thai police completed an autopsy on Carradine on Friday and Police Col. Somprasong Yenthuam say results would not be ready for at least three weeks because the cause of death was unclear.

David's management company released a statement saying, "All we can say is, we know David would never have committed suicide." said Tiffany Smith of Binder & Associates, adding, "He really appreciated everything life has to give... and that's not something David would ever do to himself."

Carradine had flown to Thailand last week to began work on the film "Stretch."

David's cameo on the show "Mental" will air as scheduled on Tuesday, June 9 with a tribute to him at the end.