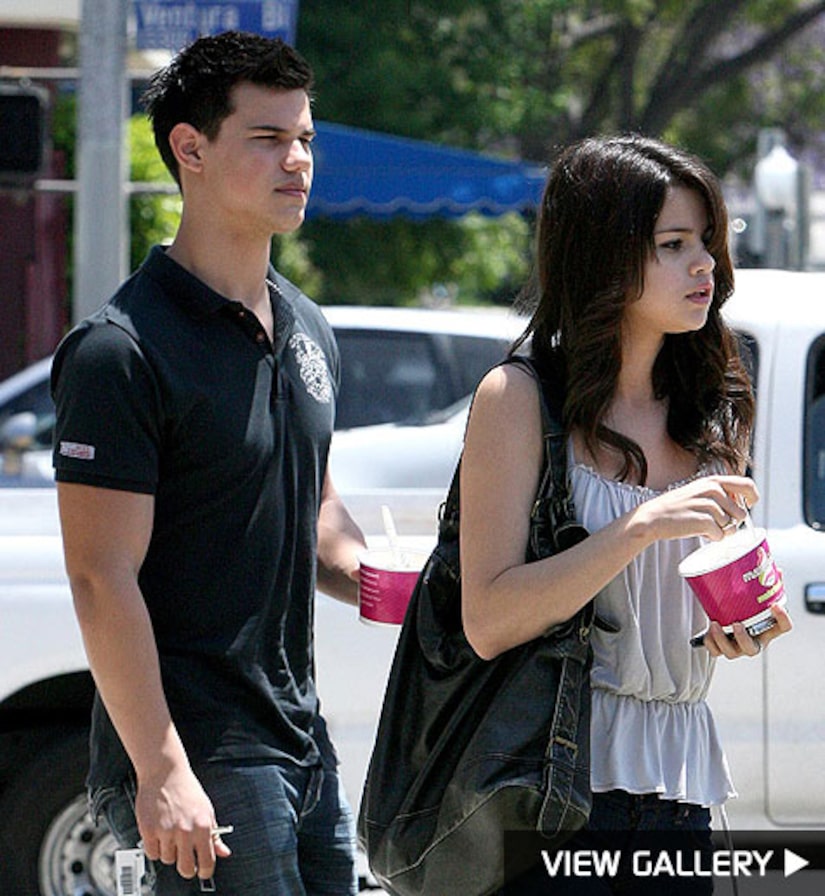 The young couple has been spotted together many times in Vancouver, where Taylor is filming the sequel to "Twilight" and Selena is shooting "Ramona and Beezus."

Lautner, 17, has become a bona fide movie star after landing the role of Jacob in the vampire series. Click here to learn everything you ever wanted to know about Lautner!

Taylor gained nearly 30 pounds for his role of Jacob in "New Moon" -- check out his shirtless, buff bod in the ""New Moon" trailer here!