New photos have surfaced of Jon Gosselin with his alleged girlfriend Deanna Hummel -- taken in Utah on Kate's birthday!

Us Weekly just uncovered the pix of Deanna, 23, and Jon, 32, taken at the Spring Gruv at the Canyons Ski Resort in Park City, Utah. 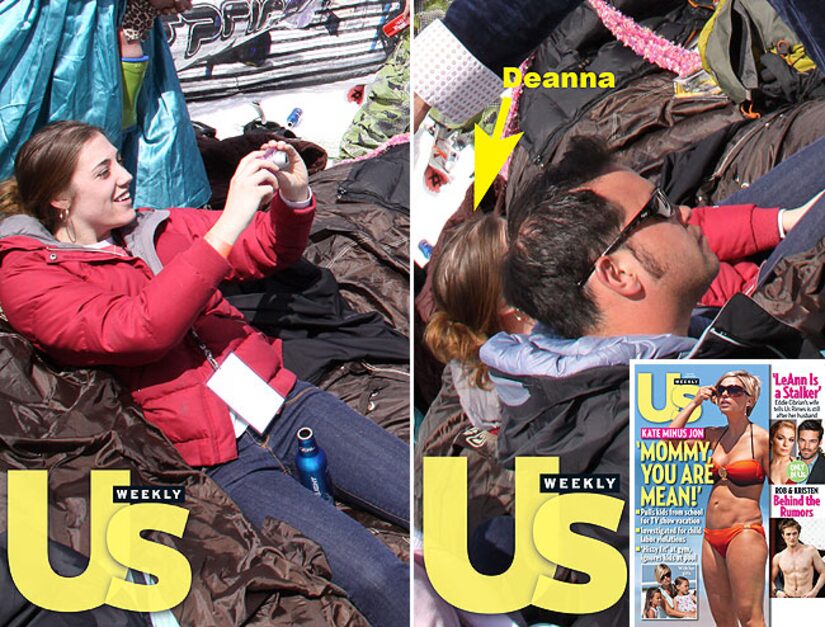 During this week's episode of "Jon and Kate Plus 8," Kate Gosselin celebrated her 34th birthday with her kids. Jon told cameras he was away with friends on a snowboarding trip to Utah. What he didn't say was that one of his friends was Deanna... allegedly a very special friend.

Kate celebrated her birthday with the kids making cakes at Charm City Cakes and the cast of TLC's "Ace of Cakes."

Us Weekly is on newsstands now.

Plus, check out the eight things you never knew about Jon and Kate, below!