Seventeen-year-old Taylor Lautner turned heads as werewolf Jacob in the hit flick "Twilight" -- and "Extra" is dishing everything you want to know about the actor! 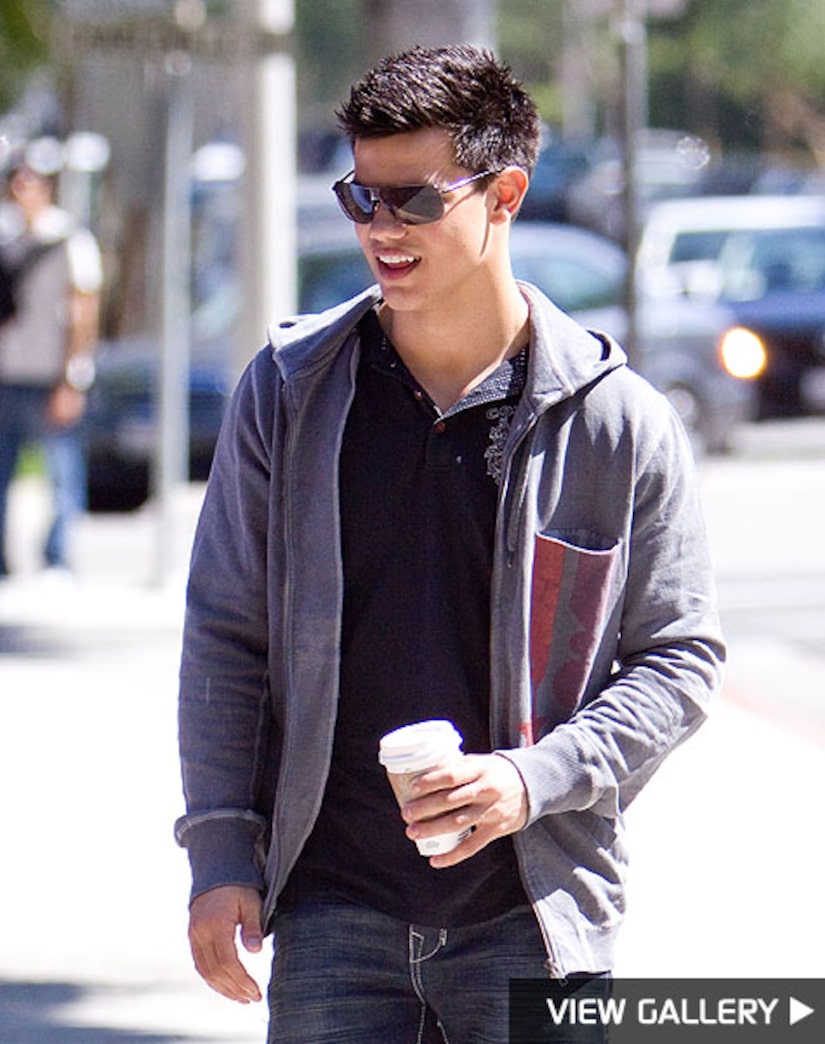 Taylor was born February 11, 1992, in Grand Rapids, Michigan. He has studied karate since he was a boy and has competed in multiple world championships. He was number one in the world at NASKA's Black Belt Open Forms, Musical Weapons, Traditional Weapons and Traditional Forms in 2003.

Lautner's favorites include Chinese and Mexican food, baby blue, cake batter ice cream, and his Maltese pooch, Roxy. The "New Moon" hunk also loves to dance -- he made his own YouTube music video for the song "Apologize," and participates in the dance groups L.A. Hip Kids and Hot Shots. He also appeared in the music video "Caught Up in You" for singer Cassi Thomson.

Taylor got his big break in 2005, when he nabbed the part of Sharkboy in "The Adventures of Sharkboy and Lavagirl 3-D." He also starred in the flick "Cheaper by the Dozen 2," before returning to the big screen in "Twilight."

A sports fan, Taylor cheers on the Michigan Wolverines -- so fitting -- and the Texas Longhorns.

Lautner recently got his driver's license, and has been spotted enjoying nights on the town with rumored girlfriend Selena Gomez in Vancouver, where they're both currently filming.

View photos from the "New Moon" set, including shirtless pics of Rob!

Plus, who's hotter, Rob or Taylor? Vote here!