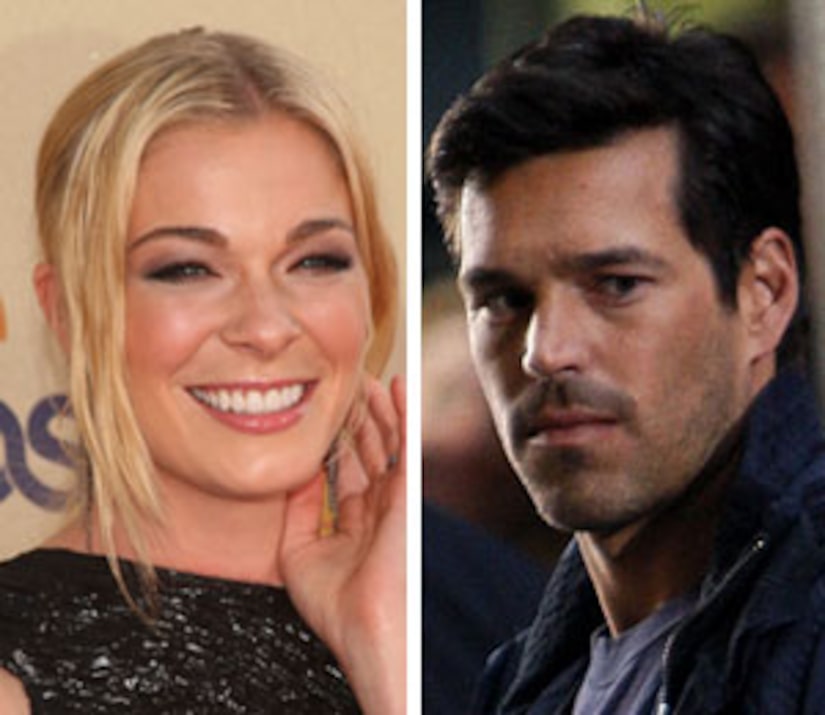 After LeAnn Rimes and Eddie Cibrian were accused of an affair by Us Weekly, Eddie cut ties with his former co-star. Now his wife Brandi Glanville tells the magazine LeAnn won't leave her hubby alone!

In March, a security camera appeared to have captured the actors holding hands and kissing during a dinner, and the two reportedly met for a "three-hour tryst" at the Malibu Beach Inn.

"LeAnn is a stalker," Glanville tells Us Weekly. "She refuses to leave us alone -- it is shameful and scary. People are going to say it takes two to tango and I get that, but at some point LeAnn needs to stop asking him to dance."

The model says she's "not a scorned wife" and she's "fighting" for what she has. "LeAnn is so desperate for fame she has left her self-respect in the gutter and doesn't care who she hurts to get what she wants," Glanville states. "She's hurting my family and messing with the wrong mom."

Cibrian and Glanville have been married since 2001 and have two children.

"These comments are incredibly defamatory, and while there are always two sides to every story, LeAnn continues to remain above the fray and chooses not to play this out in the press."