Robert Pattinson and Kristen Stewart get steamy as onscreen lovers Bella and Edward in "New Moon," but are the two hooking-up off camera? 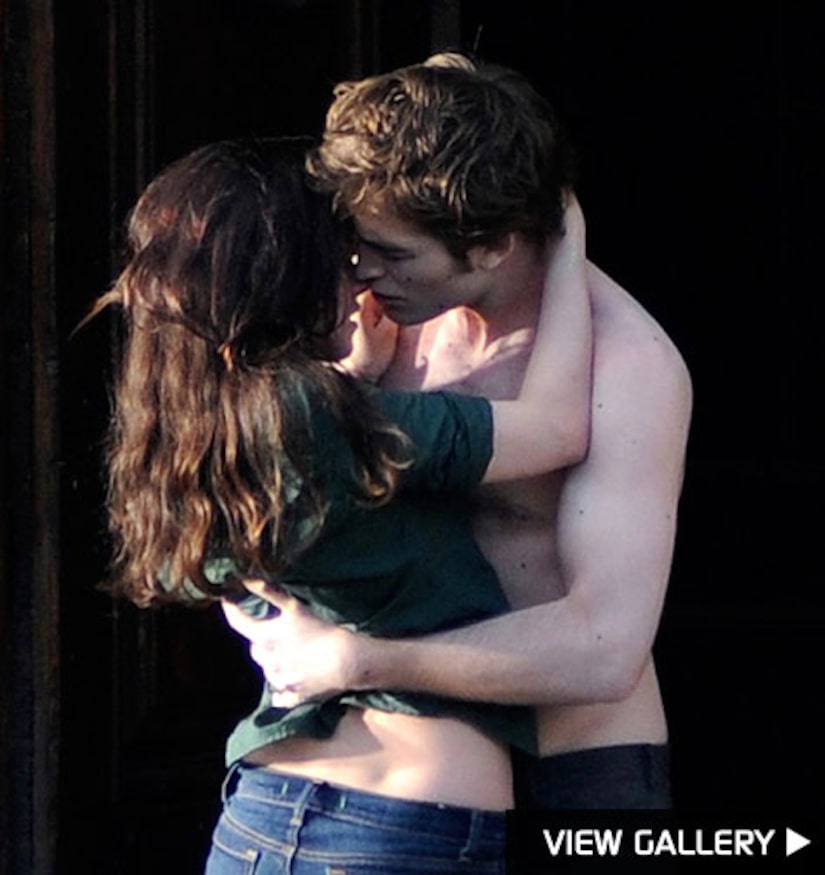 Tongues are wagging after both Rob and Kristen were spotted leaving the Charlie Hotel together in West Hollywood the morning after their near kiss at the 2009 MTV Movie Awards! According to X17 Online, the "Twilight" couple reportedly retired to the hotel after enjoying a quiet meal after the awards ceremony.

Both Pattinson and Stewart have in the past denied whispers of a budding romance. There's been no official word from either star about where their relationship now stands.

"Extra" wants to know -- Do you think Rob and Kristen are together?

Do you think they're a match made in Forks, Washington? Upload a video comment with your thoughts, and you could be featured on "Extra"!