"American Idol" runner-up Adam Lambert's sexuality has been much talked about, and on Monday night he fueled the chatter when the glam rocker was spotted holding hands with Drake Labry outside of Guys & Dolls in West Hollywood. 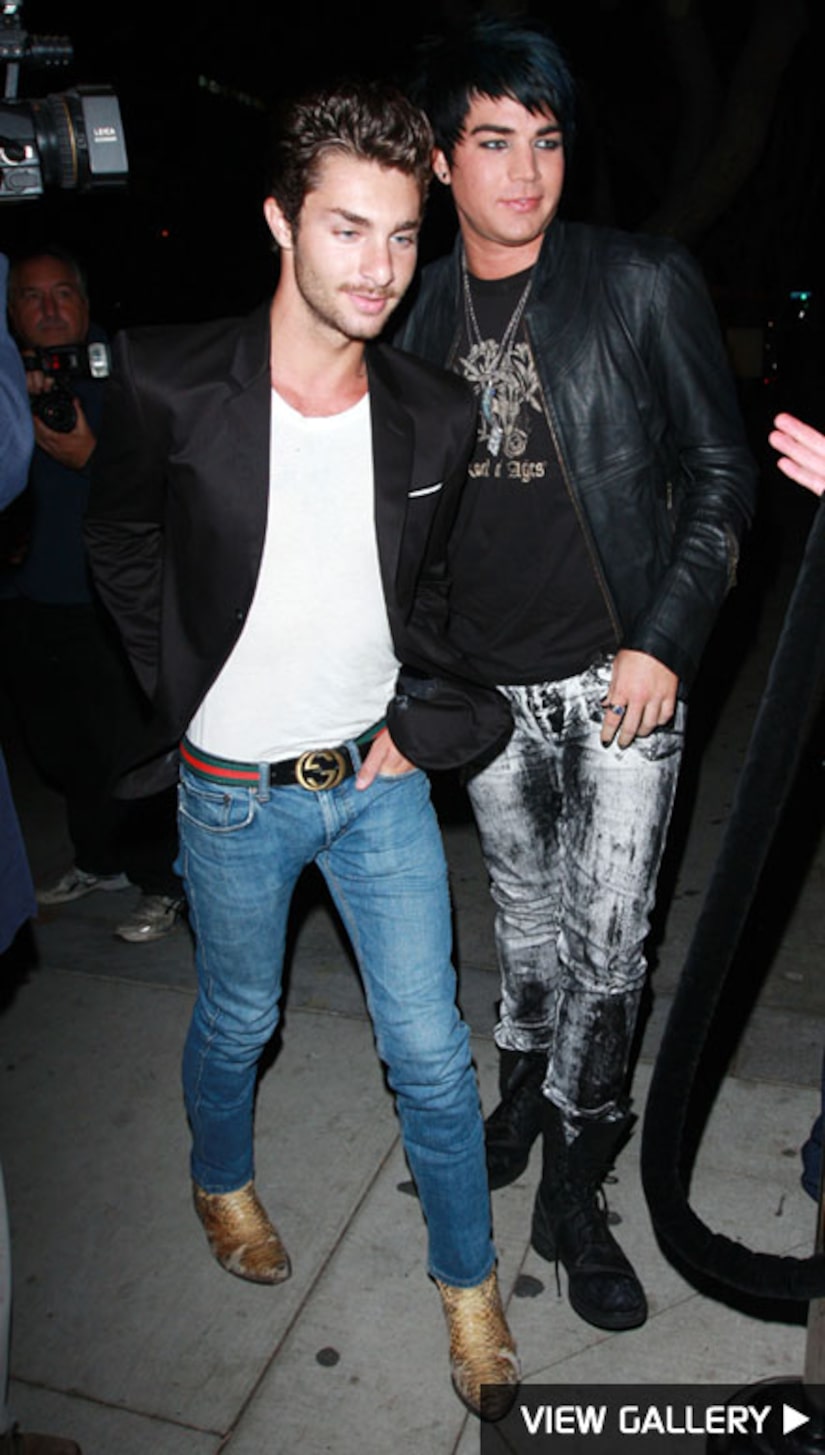 The 27-year-old tells People magazine, "You should own who you are and what you're about, and never make apologies for it." Rumor has it that Lambert will declare his sexuality on a Rolling Stone cover.

Adam's rep tells "Extra" he has "no comment on the photos or whether or not he will be featured in an upcoming Rolling Stone."