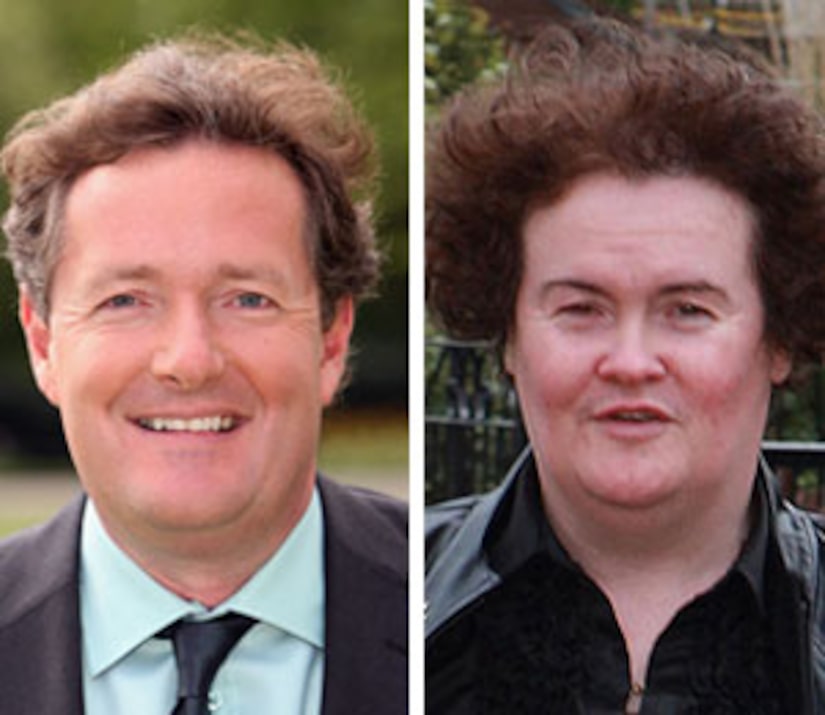 "I spoke to Susan yesterday. I don't think it's a breakdown. This is somebody who is absolutely exhausted. Emotionally, physically, mentally... Susan will be fine. She's just very tired," Morgan explained to "Extra," adding, "I think she's found this whole roller coaster ride of the last seven weeks overwhelming... and she's gone somewhere now that she can find the peace and the quiet to get some sleep, to eat properly and get over what has been an astonishing time in her life."

As Susan is reportedly resting in a London Mental Health clinic, Piers dishes on why he thinks Boyle didn't finish first in the U.K. talent competition. "I think it was more the case of Susan Boyle overkill," Piers reveals. "I think the whole world has been going crazy for the Boyle phenomenon for several weeks and I think it was a bit too much for some people in Britain... They just got a bit bored, a bit irritated by the whole mania surrounding Susan... It was more to do with overkill."

Still, second place is good enough for Susan, who says that the experience was "well worth it." The Scottish singer may record an album of show tunes with the Czech National Symphony next month -- and rumor has it she's been asked to appear on "Ugly Betty."

Between albums, television appearances, book and movie deals, Boyle stands to rake in $8 to $13 million!

For now, Simon Cowell and his fellow judges are simply concerned about Susan making a full recovery. "All Simon wants is what I want, which is for Susan to get better soon and she has all our good wishes to do that," Piers says.