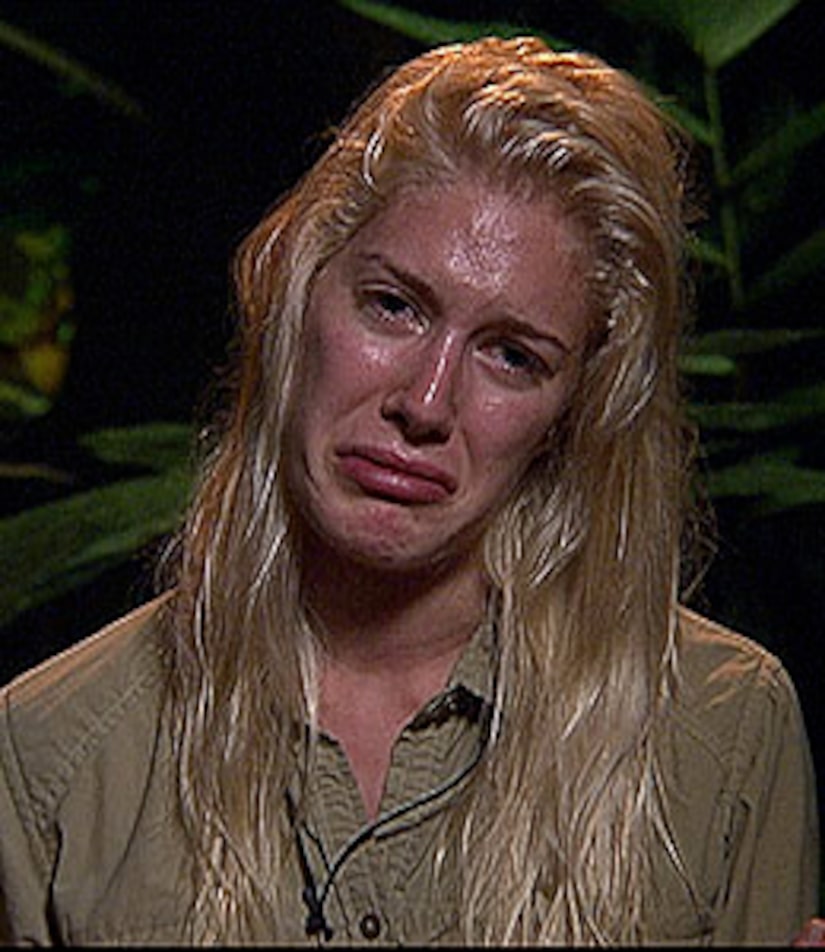 Heidi Montag and Spencer Pratt want to "Get Out" of Costa Rica -- no, really!

The reality newlyweds reportedly threatened to quit filming the reality show "I'm a Celebrity, Get Me Out of Here" after being disappointed with the food, accommodations and fellow celebrity competitors. NBC's Executive Vice President of Alternative Programming, Paul Telegdy, made an emergency flight to Costa Rica to convince Speidi to stay on the show when the fair-haired duo wanted to bail.

"They are back in, they've calmed down, but all I can say is what's unfolding here is some of the most extraordinary TV that I've ever witnessed in 20 years as a producer," Telegdy told Ryan Seacrest on his morning KIIS FM radio show.

Pratt reportedly thought the show would be filmed "in some jungle-top Four Seasons," Paul reported, saying Spencer told him, "I can't do this, I eat five times a day."

Paul got the "Hills" stars to change their minds by telling Pratt, "It just plays in a bit too much into your stereotype, Spencer, to quit something on the first day, so just bring it and we'll see if there's a different side to you."

Will Heidi and Spencer tough it out to finish the competition on top? "I'm a Celebrity, Get Me Out of Here" premieres Monday, June 1 at 8 PM PDT on NBC.