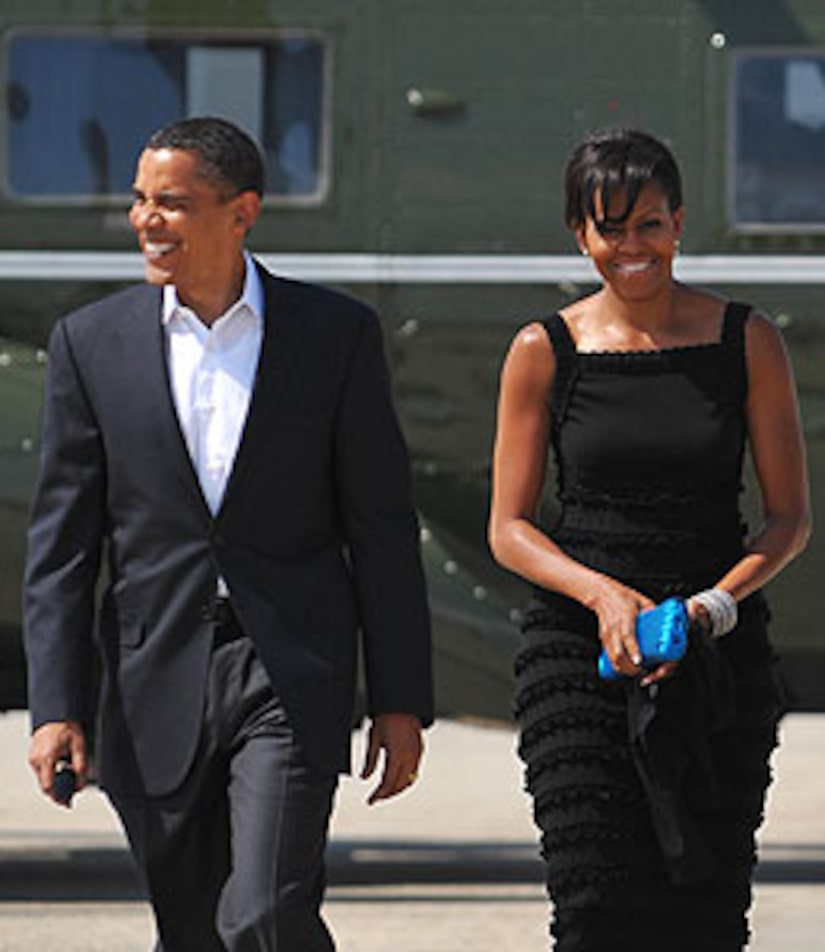 President Barack Obama and wife Michelle enjoyed a Broadway date night when the First Couple went to see "Joe Turner's Come and Gone" -- and their big night out cost a pretty penny!

The Obamas' theatre tickets, three planes, two helicopters and a police escort for their NYC date night cost a reported $73K -- and the GOP is pouncing on their pricey night of theatre in the Big Apple.

Republican Gail Gitcho (onetime spokesperson for the Romney campaign) slammed Obama for his expensive date night, saying, "If President Obama wants to go to the theater, isn't the Presidential Box at the Kennedy Center good enough?"