Bristol Palin's ex, Levi Johnston, became an instant celebrity when his pregnant girlfriend's mom became John McCain's running mate -- and even though they've split since the birth of their son, Levi is looking at the bright side of things. 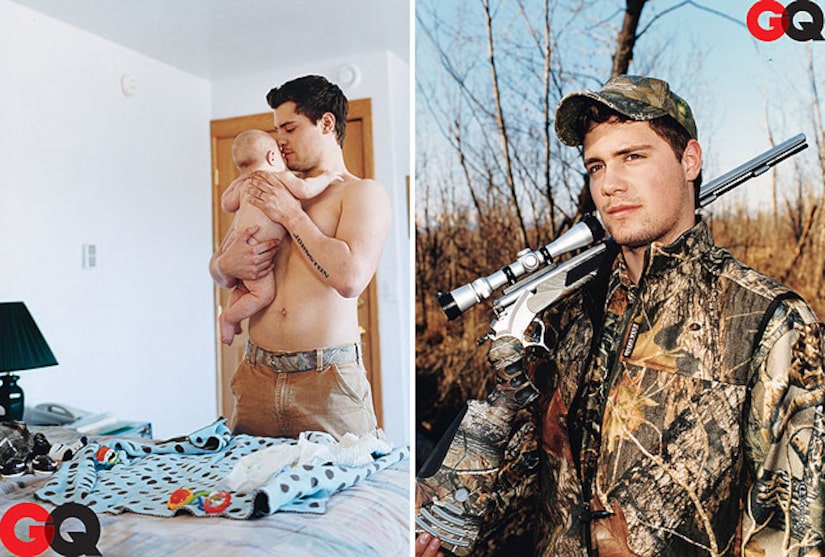 Johnston talked about it in the new issue of GQ -- from parenthood to the Palin family, no subject was off the table. In the article, Levi admits that life as a teenaged dad was rough -- especially since he and Bristol fought constantly after baby Tripp's birth.

"Just going over there makes me pretty damn uncomfortable," Levi said of his visits to the Palin house to see his son. "Just going over there, and Todd and Sarah sitting there staring at me, doesn't do it for me. Todd never says anything, really. Sarah, I don't know. She's a politician. She knows how to throw in a fake smile and look happy. They're pretty good at that."

Johnston also opened up about the demise of his relationship with Bristol -- and how her parents may have had a role in their breakup. "I know that her parents didn't want us together. I really don't think they did. So they probably put a little pressure on her. But at the same time, they told us they wanted us to get married when they found out Bristol was pregnant."

Still, Johnston doesn't hold a grudge against the one-time GOP VP hopeful and her family -- and maintains that Tripp is a blessing either way. "I'll always have my son."