Thousands of California citizens protested the state's Supreme Court ruling that upheld the ban on gay marriage -- including some of Hollywood's finest and D-List! 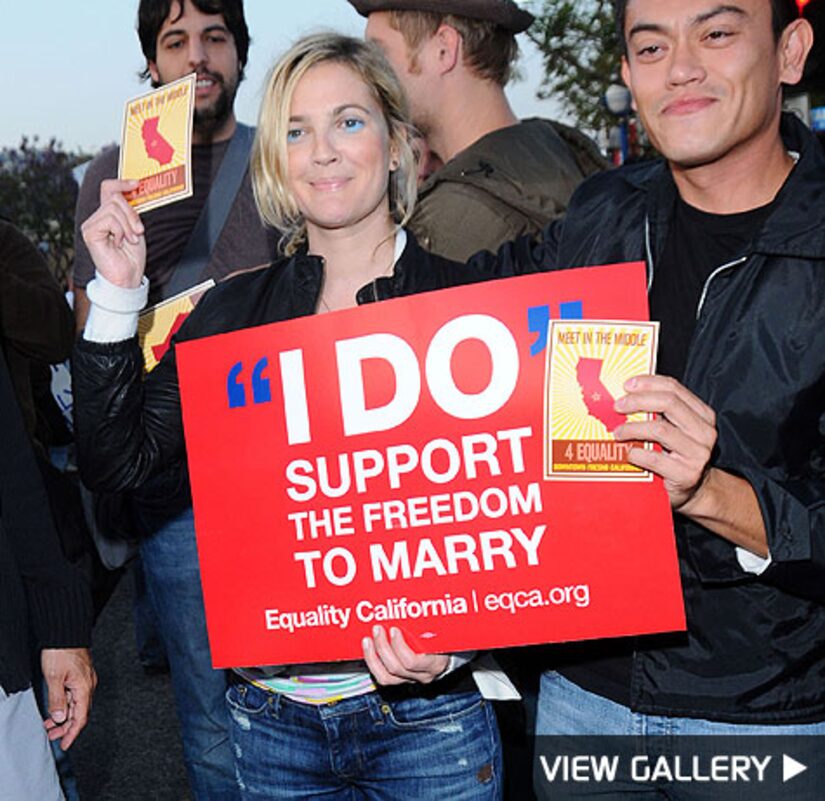 Now, two lawyers who argued on opposite sides of the Bush-Gore election battle are teaming up to challenge the upholding of Proposition 8. Theodore B. Olson and David Boies filed a challenge against the proposition in Federal Court, arguing that preventing same-sex marriage is a "violation of the equal protection and due process clauses of the Fourteenth Amendment to the U.S. Constitution."

The recent filing could push the fight for gay rights all the way to the U.S. Supreme Court.