The amfAR benefit at the Hotel du Cap at Cannes was the place to be Thursday night, where Rob Pattinson's precious pucker was on the auction block! 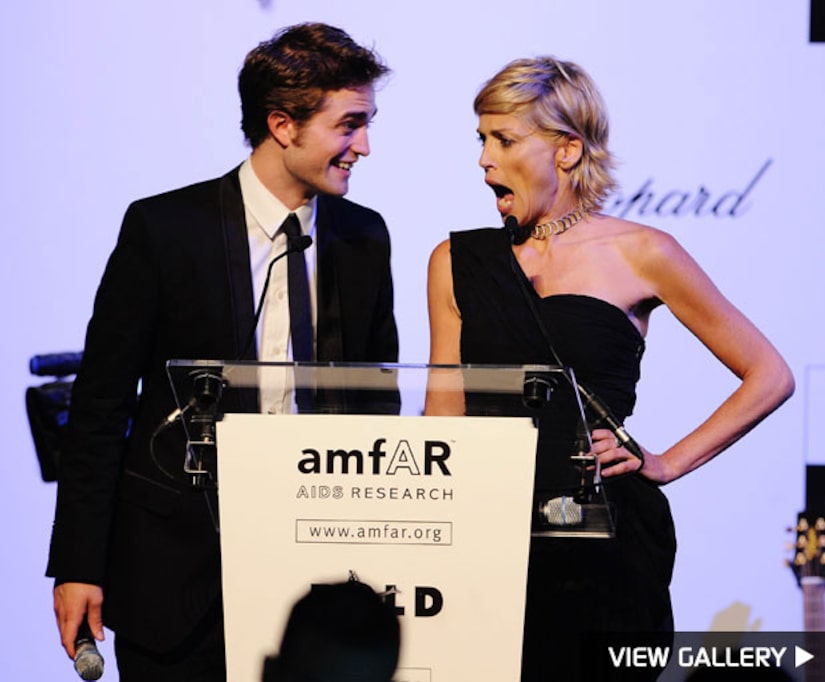 Sharon Stone didn't have any trouble auctioning off two kisses from the "New Moon" megastar, whose smooches went for a total of $56,000!

During the evening, Stone personally donated $50,000 in memory of friend Natasha Richardson, who was an avid supporter of amfAR. A teary Sharon told the crowd, "Natasha said she would go on until there was a cure found for AIDS... When you were in a room with her, it was like being with an angel."

President Clinton also addressed the crowd, and actor Danny Glover helped auction off Clinton's saxophone, which set a bidder back $180,000!