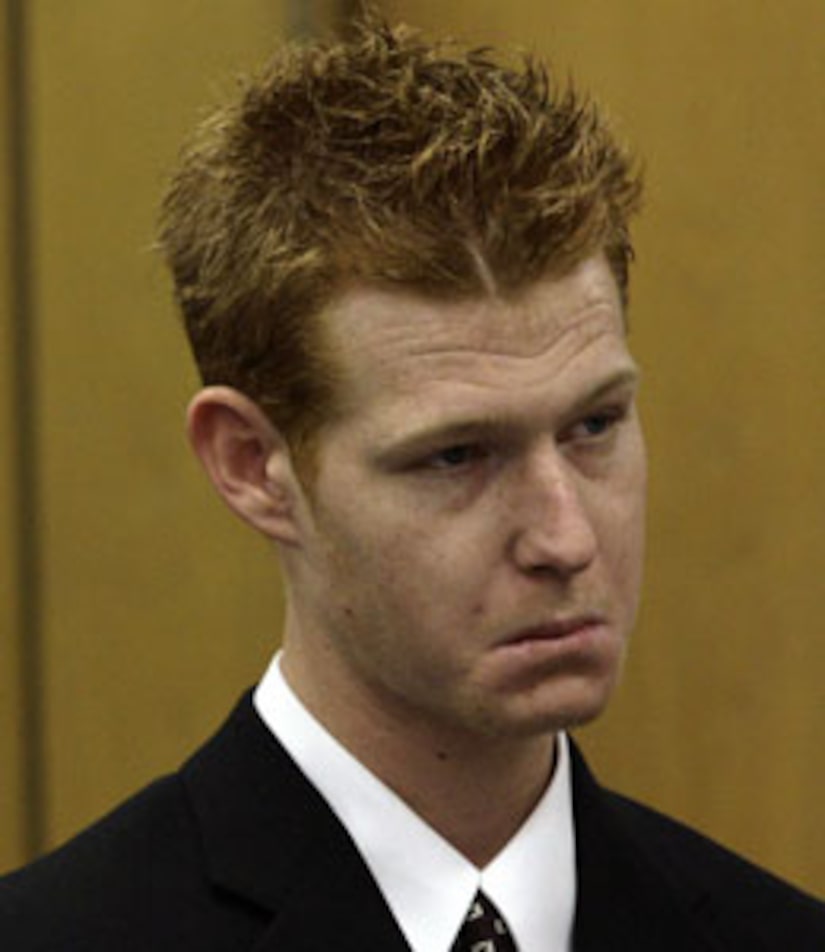 After spending close to a month in a Los Angeles jail, Redmond O'Neal was transferred to a correctional facility in Castaic, Calif. on Wednesday. The 24-year-old is due to begin intensive drug treatment.

L.A. Sheriff's spokesman Steve Whitmore tells People, "Apparently, a judge wouldn't let him enter private rehab." Whitmore adds, "He'll be in the new jail location, but will be in a program there designed for addicts to get off drugs."

Redmond, son of Farrah Fawcett and Ryan O'Neal, briefly visited his ailing mother on April 25, as seen in the "Farrah's Story" documentary that aired last Friday.

Redmond was most recently arrested for bringing heroin into a jail parking lot.