The season finale of "American Idol" was full of surprises, superstars and stripping! "Idol" judge Kara Dioguardi hopped on stage to perform with enhanced "Bikini Girl" Katrina Darrell, and by the end of the performance, the two were wearing an equal amount of clothing. 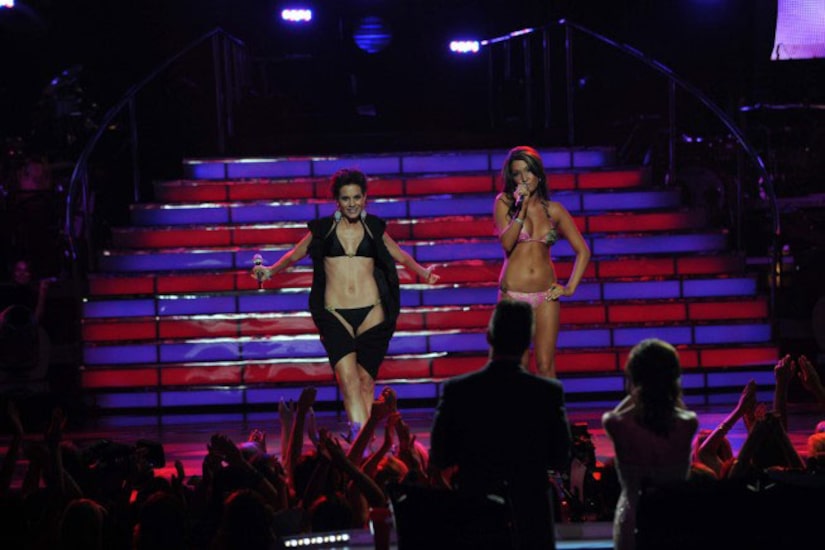 During Bikini Girl's "Idol" audition, the two butted heads when it came to her rendition of Mariah Carey's "Vision of Love." Last night, the two shared the spotlight by singing "Vision of Love." Bikini Girl lived up to her nickname and performed in a barely there hot pink bikini. At the end of the song, DioGuardi popped open her dress to reveal she was wearing a bikini of her own!

Ryan Seacrest said Kara won a bet by stripping down -- and a substantial donation would be made to charity!

"Extra" wants to know: Who has the better bikini bod?