Adam Lambert was thought to be a shoe-in for the title of "American Idol," but the 27-year-old turned out to be the runner-up! Did America vote for the wrong contestant? 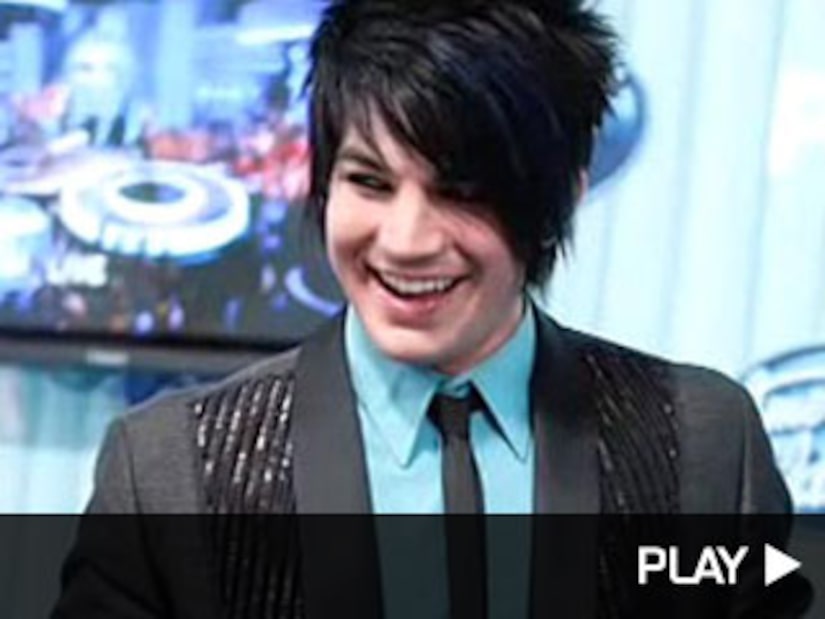 Lambert tells "Extra," "I think that America made their choice, and it was a close race and Kris won and I'm happy for him." He adds, "If we were just judged on singing, it would probably be more fair, but that's not what this is about. It's about finding someone you identify with."

Adam explains the competition was more than being named the winner. He says, "I didn't come on the show to try and win a title. I came on the show to show my stuff every week. Now I have a career I get to move forward in, so I'm happy."

Season 2 contestant Kimberly Locke explained the upset to "Extra" cameras, saying, "Middle America votes the most." She added, "He's so talented and he gives us an amazing show every time, but he's so outside of the box that people just don't know what to do with him."

After hearing Locke's reasoning, Adam chuckled and responded, "People supported me more than I expected them to and I was able to take risks and it paid off."

The judges told Lambert not to worry after his surprising loss. Adam said he told the judges, "Oh, I'm not worried!" He continues, "I was so happy with the way the finale turned out. It was such a celebration."

The season 8 cast also celebrated on stage during the show's finale. Lambert performed with iconic rock band KISS, and after the show Gene Simmons told "Extra," "Adam was fantastic. What a powerful and attractive man he is. He can come on tour with us anytime he likes." Adam replied, "I had so much fun with them. I would love to do that," but he says he wants to work on his album first.

Stardom came nearly overnight for the "American Idols." Adam says he wasn't given a lot of time to adjust to the media attention because reality TV stars are quickly thrown into the frenzy. The glam rocker was also a little overwhelmed by the amount of flashbulbs and fans outside the "American Idol" after party, but he loved that the contestant's iTunes tracks were being played throughout the night. Outside the bash, Allison Iraheta told cameras she "definitely" wanted to do a duet with Adam in the future. Adam tells "Extra" he wants to reprise their performance of "Slow Ride" on the "American Idols" concert tour.

The San Diegan has been featured on the cover of Entertainment Weekly magazine and remains mysterious to the public -- and Adam has noticed the rumors! He says the craziest rumor was a story about a feud between Adam and Kris. Lambert explained the article "went into detail about how the tension was so thick you could cut it with a knife." The article also claimed Kris was angry because Adam's nail polish was all over the bathroom... but Adam tells us they laughed it off.

Adam took a ride on the flashback train to reminisce about his childhood days, saying he first dyed his naturally strawberry blonde locks to black when he played Danny Zuko in a production of "Grease." Adam says he thinks Simon Cowell might have booed his high school graduation performance where he sported a platinum blonde 'do.

Performing weekly for the tough judges and America's votes has ended... now the top 10 "American Idol" contestants hit the road for the standard summer tour.

Check out the "Extra" Raw channel for more moments with Adam Lambert!