After 88 million votes, Kris Allen and Adam Lambert are going head-to-head for the title of "American Idol." "Extra" takes a look at these potential "Idols" -- and who the judges think will win the title! 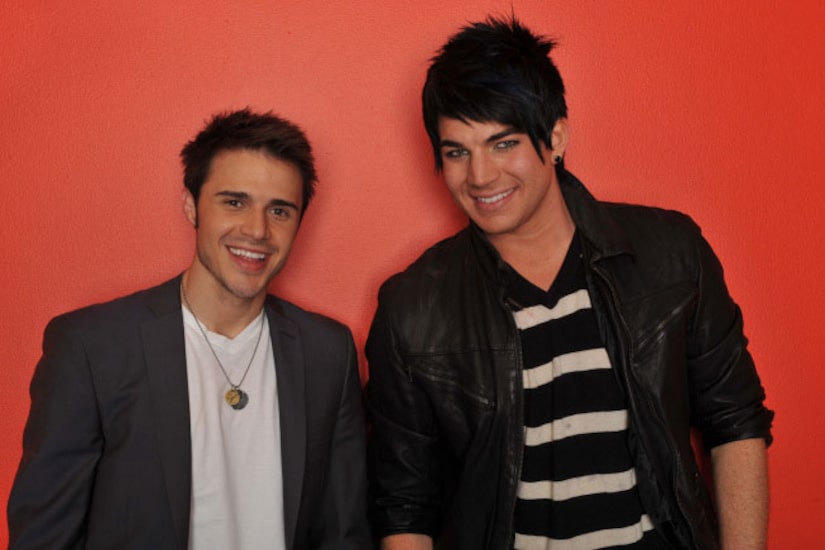 Adorable Kris Allen is the quiet southern boy of the competition. Unfortunately, the 23-year-old is off the market. Kris married his longtime girlfriend Katy O'Connell in September 2008. Katy was also her college's homecoming queen.

Arkansas native Allen wowed the crowd with his acoustic guitar rendition of Kanye West's "Heartless" on Tuesday night, but he's also a pianist and viola player! Plus, his family loves dogs and has a Shetland Sheepdog named Elvis. Ain't nothin' but a hound dog!

What do the judges think? Simon Cowell tells "Extra's" Terri Seymour that on Tuesday night Kris "proved that he's capable of doing incredibly well." Kara DioGuardi agrees there's something special about the country cutie. She says, "There's something very pure about Kris -- when you see him you know exactly what you get. He's in his jeans and t-shirt... he sings from his heart."

Rocker Adam Lambert has made an impression with his guyliner, blue-streaked black 'do and tongue-flashing vocal histrionics. Don't forget the black nail polish! Adam has been a frontrunner in the competition since his audition -- and remains a favorite going into the final.

Before his "Idol" days, the San Diegan slept through part of high school, but astounded his classmates when he sang during commencement. Plus, the 27-year-old pseudo-Goth used to be blonde. He wears his grandfather's ring as lucky charm.

Back in March, Simon told "Extra" that Adam would be the winner. Find out if Simon is really TV's Nostradamus -- when the "American Idol" is crowned in the season finale, Wednesday, May 20.