Vampire hottie Robert Pattinson looked deliciously sleek in a simple black suit at the red carpet of "Inglourious Basterds" at Cannes Film Festival. He's not in the film, but who cares?! It even looks like he attempted to comb his hair! 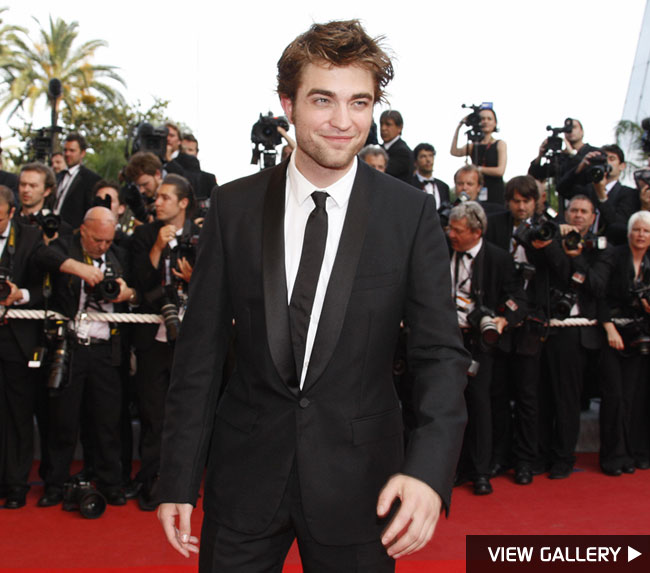 The scruffy 23-year-old is in Cannes to promote his upcoming drama "Remember Me" -- about lovers coping with family tragedies.

Who's the hottest man at Cannes? Vote now!