Kate Gosselin and her family have been tabloid targets since scandalous accusations of infidelity surfaced -- and the mother of eight isn't pleased! 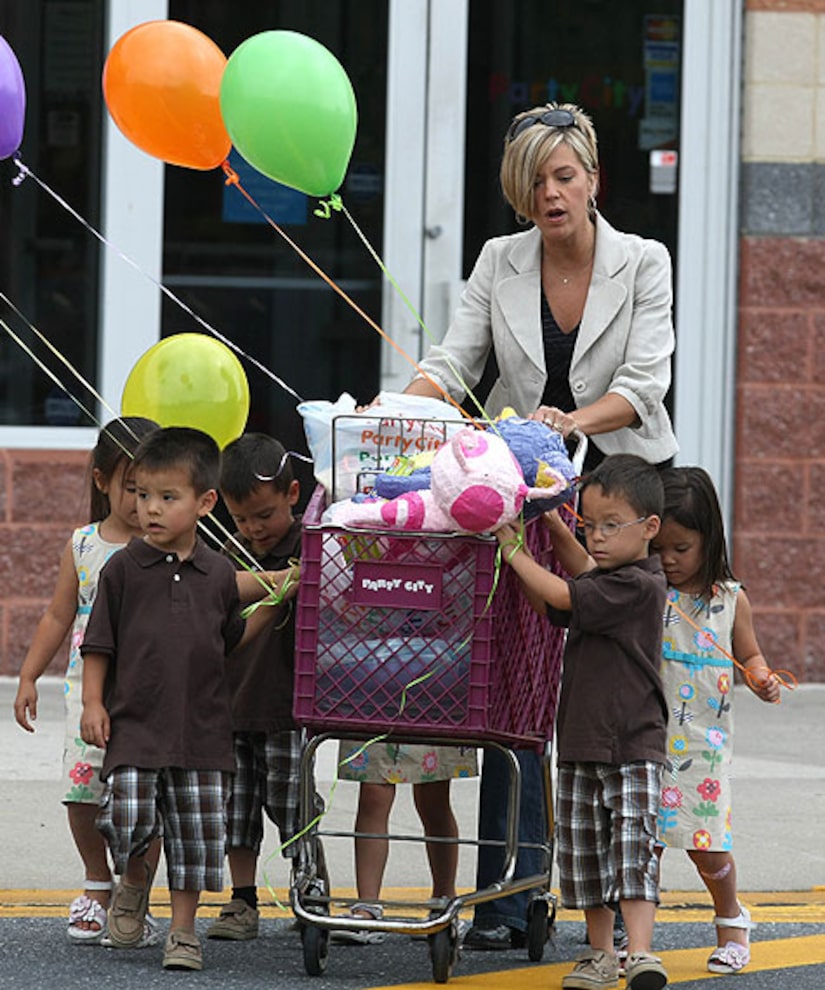 Gosselin blogged about a recent trip with her brood to a party store, where a family outing quickly turned into media frenzy! "As we departed for the store, five additional cars joined our crew and myself as I drove the big blue bus down the road. Had you passed us, you may have thought we were a funeral procession. But no, it was just me and my posse, I mean paparazzi, and crew."

Kate described how she helped her children make a safe getaway from the car to the party store. "We all held hands and made a train into the store, quietly and efficiently, while flashes from the ever present (and did I mention maddening?) paparazzi flashed until I thought I had developed sudden glaucoma."

Despite the shutterbugs' presence, Kate and the kids were able to get everything they needed for the sextuplets' birthday bash. They just turned 5.