International dad Brad Pitt has made it to France! The actor wore a cream-colored Tom Ford suit and aviator shades to a photo call for his new flick, "Inglourious Basterds." 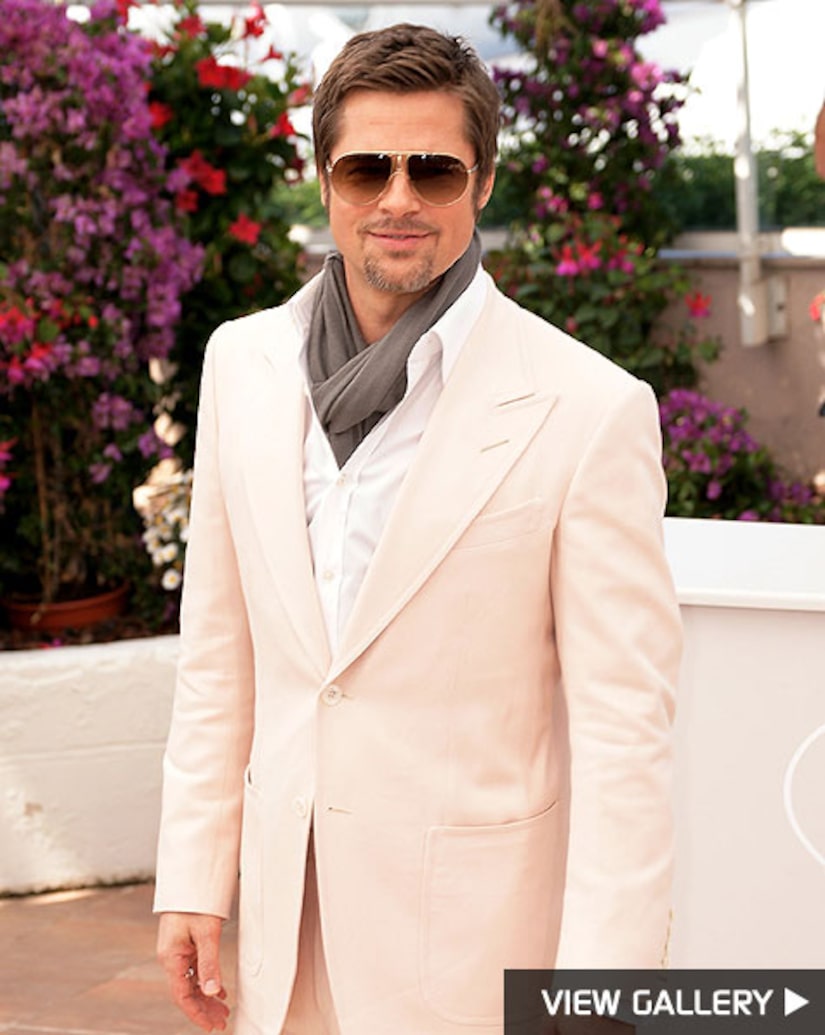 Brad went out on the town with partner Angelina Jolie on Tuesday night. The first couple of Hollywood dined at the Michelangelo in Cap D'Antibes with the rest of the cast and crew of "Basterds," including director Quentin Tarantino, Diane Kruger (with boyfriend Joshua Jackson), and Emile Hirsch. According to People, the group dined on pasta with crayfish, ravioli with truffles, spaghetti with clams, and round pasta with garlic sausage.

"The dinner was a private event for the entire cast of Quentin Tarantino's film," a member of the restaurant staff reveals to the magazine. "They all had a wonderful time. Angelina and Brad were lovely, the loveliest people I have ever met!"

Jolie met up with Pitt in France after a stop in Holland, where the UN Goodwill Ambassador observed the prosecution of warlord Thomas Lubanga, calling it "a landmark trial for children." Lubanga, the founder and former leader of the Union of Congolese Patriots, stands accused of recruiting and using child soldiers.

Brangelina is expected to walk the red carpet at the film's premiere on Wednesday.