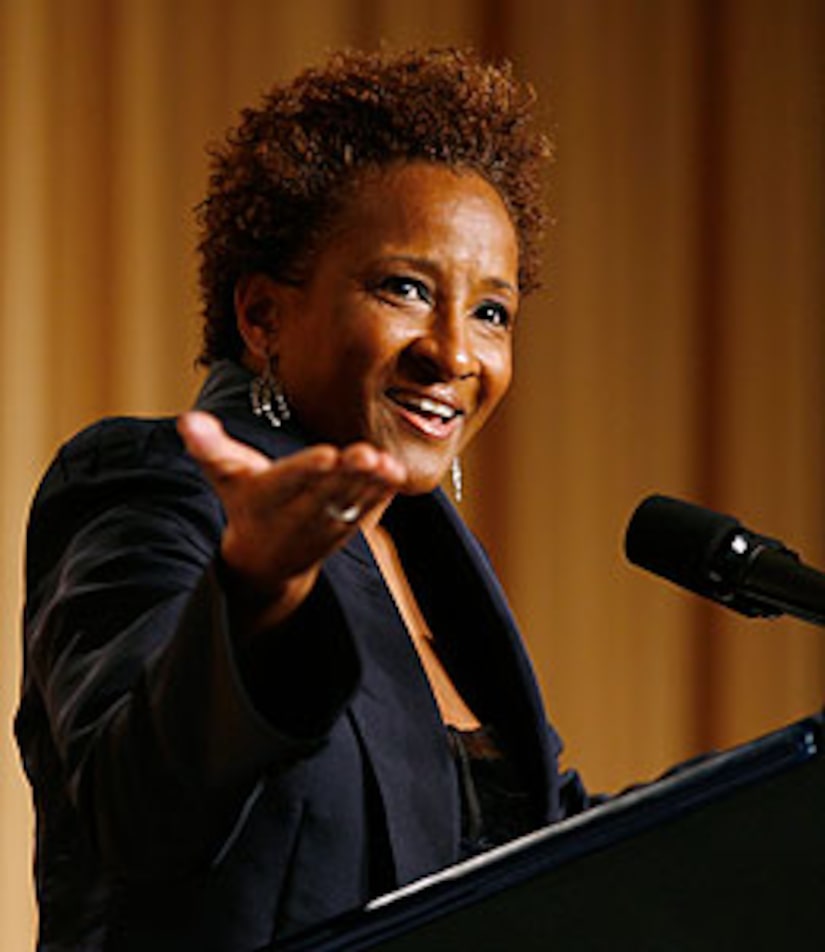 "They're great. It's great," the new mom gushed, adding that her life has changed completely since the birth of the twins. "I realized that I don't matter for s***. Basically. I don't matter. Meaningless... It just puts everything in perspective."

"The New Adventures of Old Christine" star also confesses that diaper duty isn't as easy as it looks! "They're peeing on me. The little boy... I know I have to put a towel or something over top. But as soon as I put it on, he pees... It's like the carnival. He's after me."

As for getting any sleep, Sykes jokes, "Not at all. I'm napping right now." She adds, "I'm sure I have some baby poo on me somewhere."

When asked if Wanda and Alex wanted more kids, she replies, "I would love for them to have an older brother."

The twins even distracted her from the press she received after her controversial hosting gig at the White House Correspondents' Dinner. "I honestly didn't see anything or read anything. We had just had babies... I didn't get a chance to read anything... I got some great phone calls... that said great job... Hey man, whatcha gonna do? You invited Wanda Sykes. They need to talk to that fool. Whose idea was that?"